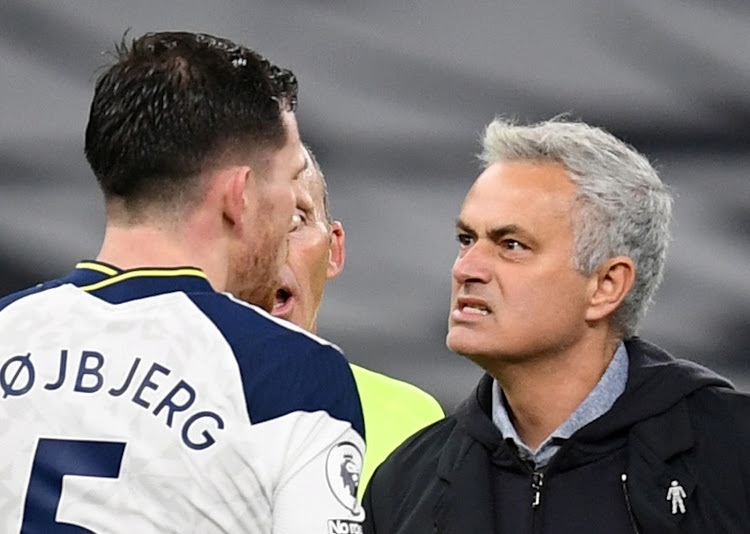 Tottenham Hotspur manager Jose Mourinho talked down his team's chances of being title contenders after a 2-0 win over Manchester City sent the North London club top of the Premier League on Saturday.

It is the first time since August 2014 that Spurs end the day top of the table and the first time they have done so after at least nine top-flight games since 1985.

But Mourinho, always a manager wary of creating pressure, played down the significance of their two-point advantage over next week's opponents Chelsea.

"It feels good (to be top), but maybe tomorrow we are second again and honestly that would not be a problem for me, I am just happy with the evolution," he said in the knowledge that a Leicester City win at Liverpool on Sunday would send the Foxes above Spurs.

"People cannot expect us to come here and after one season we are fighting for the title.

"Dinner tonight will be nice and relaxed and I will watch Atletico Madrid v Barcelona and sleep like an angel. But no problem if Leicester wins and we are second again," he said.

The Portuguese, however, couldn't hide his pride at an accomplished performance from his side.

"Players going to the limits of their energy, sacrifice for the game plan, coping well with let’s say a new pressure of ‘If you win the match, you go top of the league for a 24 hours’.

"I’m very proud. They deserve big applause and lots of respect," he said.

City, who are 10th, have a negative goal difference after scoring only 10 goals in nine games, 17 less than at this stage last season.

"The stats speak for themselves," said manager Pep Guardiola.

"We were better in many departments but we didn't score.

"The team defended so deep and were waiting for a mistake.

"We found some moments but the reality is we are struggling to score goals this season. That can happen," he said.