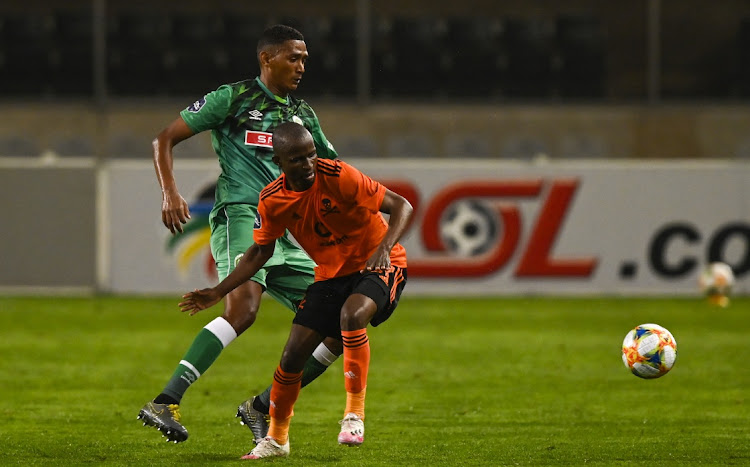 The Tshwane giants visit Orlando Pirates in the DStv Premiership at the Orlando Stadium on Saturday (6pm) in a pick of the weekend matches.

The 50-year-old longest-serving member at Matsatsantsa a Pitori expects his team to bounce back from their MTN8 semi-final disappointment. They suffered a defeat to Bloemfontein Celtic in the Free State before the break.

“The break came at the right time. The goals seem to have dried up, and we needed more time to work on that. I expect a sharp SuperSport against Pirates. We are not scoring goals and not creating enough chances. We have been working on scoring goals in a couple of friendly matches."

Matsatsantsa lost to Pirates in the bio-bubble, and they missed two penalties in that game. The games between Pirates and SuperSport produce fireworks, and Tembo expects the same at the weekend.

Fast cars and footballers are arguably inextricable from one another.
Sport
1 year ago

But he is hoping that his players that went on international duty would return unscathed. “We got players from Bafana, Zimbabwe, Botswana and the SA under-23. We will have a full squad tomorrow (today), and I hope no one got injured. It is not easy to prepare for a big game without a full squad. We will have one day of preparation for such a big game.”

Tembo said his team is going into the league tie as underdogs. “They have a great squad, and I think that they are the favourites to win the league title this season. They have Thulani Hlatshwayo, Deon Hotto and Terrence Dzvukamanja, and many quality players. They have not lost a game and are in the MTN8 Cup final. They are high on confidence," he added.

SuperSport are third on the log table with six points from three matches, while Pirates are sixth with five points from the same number of games. SuperSport lost once and won two matches and plan to go on a long winning streak starting with the Pirates game. Midfielder Sipho Mbule is back from injury and could be given game time in the second half.