Ex-Chippa forward has scored twice in his first three games 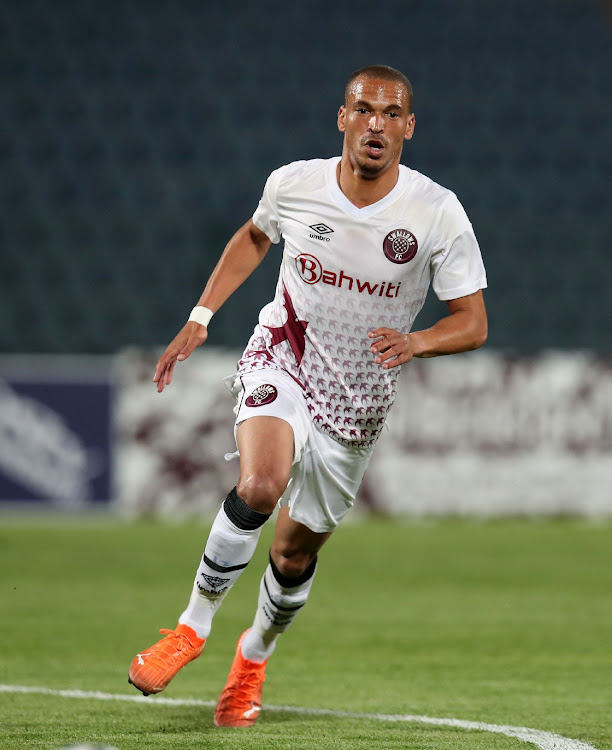 Swallows FC new signing Ruzaigh Gamildien is optimistic that he will flourish with the club as he believes he has fitted in perfectly in their system.

The experienced midfielder hit the ground running at Swallows, after joining from Chippa United at the beginning of the season. He has already netted twice in three appearances,  and he predicting more goals to come.

“Things are slowly falling into place. We believe in the system we play, and it is good to see that everything is coming into place,” Gamildien told Sowetan.

“My plan with the club is to score as many goals as possible. Hopefully, help the team end in a good position in the league at the end of the season.”

The 31-year-old is competing with Kagiso Malinga and Moeketsi Makhanya in Brandon Truter’s starting line-up. He has already played all three matches for Swallows, and he is happy with the contribution he has made so far.

“There is room for improvement. But it all goes down to the coach believing in me, and that’s what has been happening. The coach showed me the system when I came here, and I fitted in perfectly. We’ve had good performances, and we plan to continue doing that throughout the season.”

With Swallows having made a good start in the DStv Premiership, collecting  seven points in three matches, Gamildien said they are aware of the importance of earning more points early in the season.

“We are aiming as high as possible, and we are trying to get into a top-eight and take it from there and see where we can end in the league.

“We want to keep this momentum going because we work very hard at training.”

Swallows will resume their league matches against TS Galaxy at home on Saturday (8.15pm).

Stellies hoping to get first win of season against Chippa

Even though they are yet to win a match in the DStv Premiership this season, Stellenbosch want to turn the Danie Craven Stadium into their fortress.
Sport
1 year ago
Next Article