'But pressure is not over yet'

Ntseki sighs with relief as Afcon mission remains on track 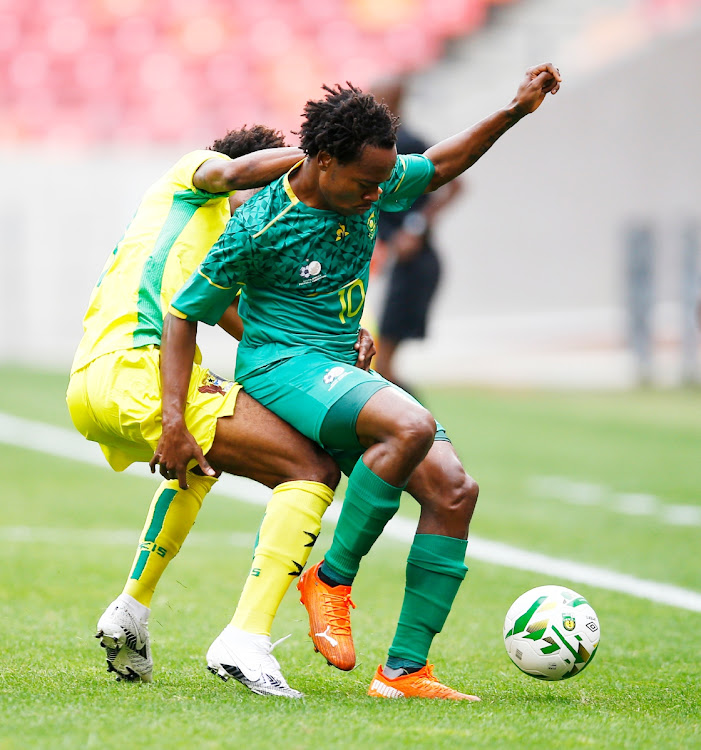 Bafana Bafana coach Molefi Ntseki is a relieved man after his charges emerged with six points in the back-to-back Africa Cup of Nations (Afcon) qualifier against São Tomé and Principe in Durban and Port Elizabeth.

Just before the qualifiers, Ntseki was under pressure following poor results against Namibia (1-1) and Zambia (1-2 defeat) in friendly matches last month.

Going to play São Tomé, Ntseki was fully aware that nothing less than six points was going to be acceptable. But having collected those six points that put them in a perfect position to qualify for Afcon in Cameroon, Ntseki admitted that he was relieved but that the pressure was not off yet.

“We were fully aware when we reported for camp that we are under pressure, but you can’t wish away negativity, but you can deal with pressure,” Ntseki said after Bafana defeated São Tomé 4-2 at the Nelson Mandela Bay Stadium on Monday.

“What we’ve done is we managed to deal with the pressure of not scoring in the first half in Durban, of netting in the second half and missing chances. We dealt with the pressure very well going into half-time at 1-1 and came to the end of the game and winning it 4-2.

“That’s the pressure which we managed to deal with from the tactical side of it and the players’ side of it. But the pressure is not over yet because we still have to play Sudan and Ghana.

Sudan have pulled a shock 1-0 defeat of Ghana in Omdurman that makes Bafana Bafana's qualification for the 2022 Africa Cup of Nations that much more ...
Sport
5 months ago

“The pressure that comes from within is for us to win the group and qualify for Afcon.”

Percy Tau and Themba Zwane each scored a brace to guide Bafana to victory, and Ntseki now targets six points against Ghana and Sudan as he plans to win Group C.

“We have six points which are very important to us. We are fully aware of the mistakes we made in conceding those goals going into March next year. We will work out because eight of the players we selected had to be withdrawn from the team.

“We had to make do with what we had, and I think they did very well under the circumstances. All I’m saying is congratulations to the boys. We have managed to get nine points that have allowed them to go through and play in the Afcon.

“I think the mission will be accomplished if we get 15 points and win the group. We still have to play for the six points. Qualifying will be a mission accomplished. Winning the group would be the best thing to ever happen to the national team and also to me as an individual and the players.”

Bafana next play Ghana on March 21 at home.