Katlego Mphela reveals what keeps him awake at night: ‘Jeez‚ I could have broken that record’ 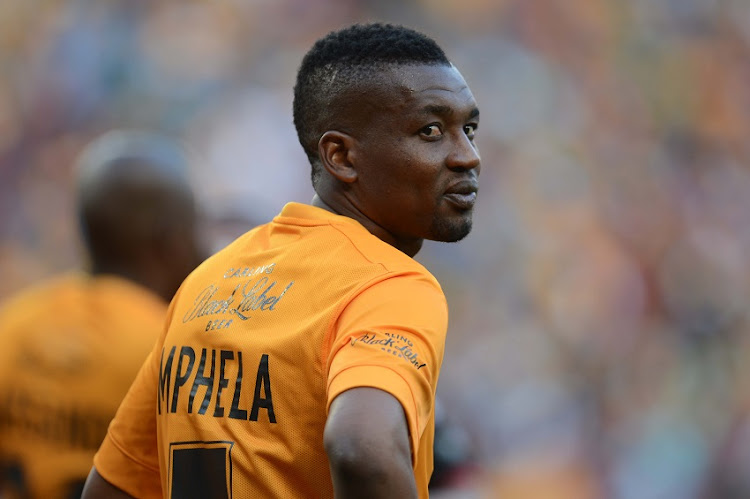 Former Bafana Bafana striker Katlego “Killer” Mphela has revealed that what haunts him in his career was that he felt he could have broken Benni McCarthy’s record to become the all-time national team top scorer.

There was a feeling that had Mphela perhaps preserved his body better and earned more than his 53 caps for Bafana‚ and 23 goals‚ he might have come closer to McCarthy’s record 31 goals earned in 81 appearances.

“I think in terms of life I would say I’m satisfied. Because‚ as you know‚ where I come from is a very difficult place to live. And I gave people hope there‚” Mphela said in an interview with YouTube sports channel Shoot Online‚ asked how he looks back at his career.

“Now if someone mentions the name Brits [Mphela’s home town in North West]‚ or you mention my name‚ people know the place now. And I gave a lot of people belief. Not only in soccer. They believe they can make it in life.

“But I think in terms of sports I look back and I think ‘Jeez‚ I could have broken that record’. The Bafana Bafana record.

“I look and I could have been more consistent and scored a lot of goals in the PSL. I could have gone overseas again‚ or stayed overseas.

“But you look back again‚ it’s like‚ ‘Nah man. For people to recognise me like this it means I did something’.

“So I did well. But me being me I don’t think I was always satisfied with what I achieved. Especially after Sundowns won the Champions League.

“When I was there I didn’t have that motivation – I don’t know why. And then‚ after they won it I was like‚ ‘I could have won this thing’.

“Because I had it in me – I had the talent. And I could have scored 30 goals a season if it wasn’t for injuries and other things. But I think I did well.

“I can always come back and say I played in the World Cup‚ played against big nations. I scored against Spain and [Iker] Casillas – that free-kick everyone talks about.

“And I actually played I think four Africa Cup of Nations‚ and scored in every big tournament I played in.

“So it’s not a bad career. But the one that haunts me most is the Bafana Bafana record.

“But it happened. When Pitso [Mosimane] left [as Bafana coach]‚ and things changed it was difficult to play for the national team again.

“But we also had easier games where I missed three or four chances‚ we didn’t perform. We were not a bad team but I think we didn’t lose a lot of games‚ but we also didn’t win important games.”

Mphela’s most famous goal was scored in the 93rd minute with the last kick of the third-place playoff of the 2009 Fifa Confederations Cup against Spain at Royal Bafokeng Stadium – a magnificent 35-metre free-kick past Casillas that sent the game to extra time at 2-2. Spain won 3-2 in extra time.