Striker buys his family a house 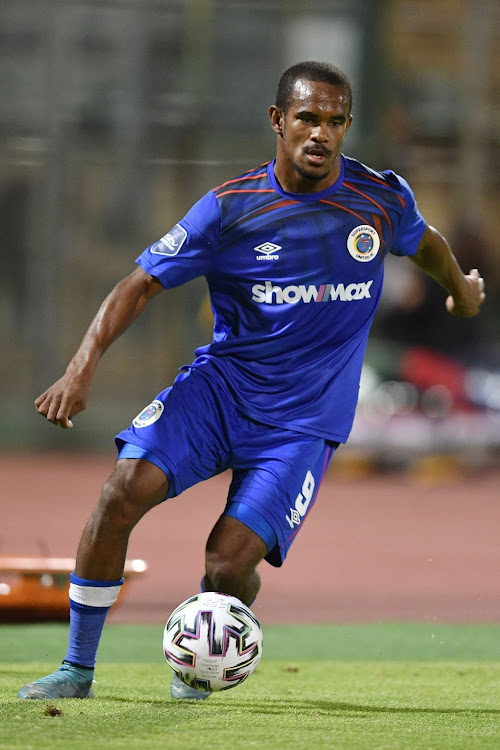 SuperSport United striker Iqraam Rayners moved from one place to another as a child. The prolific goal poacher says he had an unsettled childhood and did not think that his dream of being a footballer could become a reality.

The 2018-19 National First Division golden boot winner was raised by his grandparents and they kept moving. The former Stellenbosch forward has bought his parents a house of their dreams in Mitchells Plain, Cape Town.

The soft-spoken footballer said he wanted them to have a home and to avoid moving all the time. “I got raised by my grandmother, and we kept on moving all the time. We moved a lot, and I lost count. I kept on travelling to training, and sometimes I didn’t have the money to get there. But I bought my parents a house so that they have a place to call their home,” said Rayners.

At the age of 24, Rayners knows that he is not a young player, and he is a late bloomer. But the hard-working forward wanted to play for a big team before the age of 25. “I was working for someone who knew Stellenbosch coach Steve Barker, and he arranged for me to go on the trial, and the rest is history. That was three years ago, and I hit the ground running and ended up being in the coach’s plans. The biggest highlight of my career is moving to SuperSport, as I stand a chance of winning a trophy here,” he said.

Rayners scored on debut when Matsatsantsa a Pitori defeated Tshakhuma Tsha Mazivhandila 3-2 in the MTN8 quarterfinal in the first game of the season.

He said he didn’t sleep that night and could not believe that he scored in his first game for the club. He has set a target of 10 goals and hopes to make more than 10 assists. The three-time league champions visit Orlando Pirates at the Orlando Stadium on Saturday at 6pm. Rayners said he is using the Fifa international break to work on his goal-scoring abilities. “I want to score in the next game and have been working on my finishing during the break.”

During his spare time, he enjoys PlayStation. He says he is not a good cook and orders Nandos. “I miss Cape food, and life in Joburg is a bit slow compared to Cape Town, but I am slowly getting used to it,” he said.

Newly promoted GladAfrica Championship teams Bizana Pondo Chiefs and Pretoria Callies say they are not coming to the bigger league to make up the ...
Sport
6 months ago

National Soccer League (NSL) chairman Irvin Khoza has said that one area of focus for his and the executive committee’s (exco) new four-year term is ...
Sport
6 months ago
Next Article