MDC to kick off by year-end, says PSL 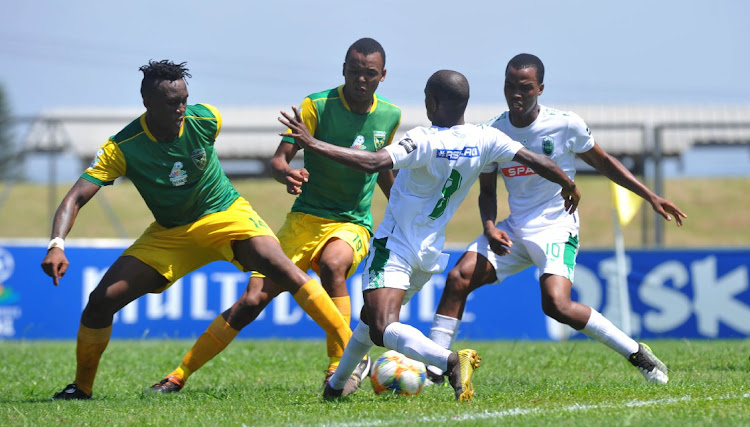 The Premier Soccer League has confirmed that it will launch the Multichoice Diski Challenge (MDC) 2020-21 season before the end of the year.

With the PSL set to release the GladAfrica Championship fixtures today, the next step is to focus on the MDC, the reserve league for PSL clubs.

“I can confirm that the MDC will start before the end of the year. It is a matter of finalising the date. We are facing a new normal but that would not stop the MDC from kicking off. We are finalising the preparation to launch the reserve league,” said PSL spokesperson Luxolo September.

The MDC is a great platform to introduce raw talent and offer players much-needed game time. A team that has benefited from this initiative over the years is Golden Arrows. Arrows don’t spend a lot of money in the transfer market as the club rely on their MDC talent for their first team.

“The MDC is important as it gives the youngsters the chance to graduate to the first team. We play the under-21 players, and that is where you see 17, 18, and 19-year-old players showcase their God-given talents. I can say that the MDC is a constructive development for the PSL clubs,” said Vilakazi.

Nduduzo Sibiya and Sandile Zuke are some of the MDC graduates at Arrows and Vilakazi said the reserve league played a big role to prepare for premiership level.

“The MDC coaches work closely with the first-team coaches and they discuss the the young players. At Arrows we don’t buy players and play MDC vs first-team friendly games often to expose the young boys to the first team players, and that works as they double their efforts in training and during the games,” Vilakazi said.

Notoane promises better show in next game against Saudis

Having seen his side lose 3-2 to Saudi Arabia in the first of two friendly matches in Jeddah, SA under-23 coach David Notoane promised that the team ...
Sport
5 months ago