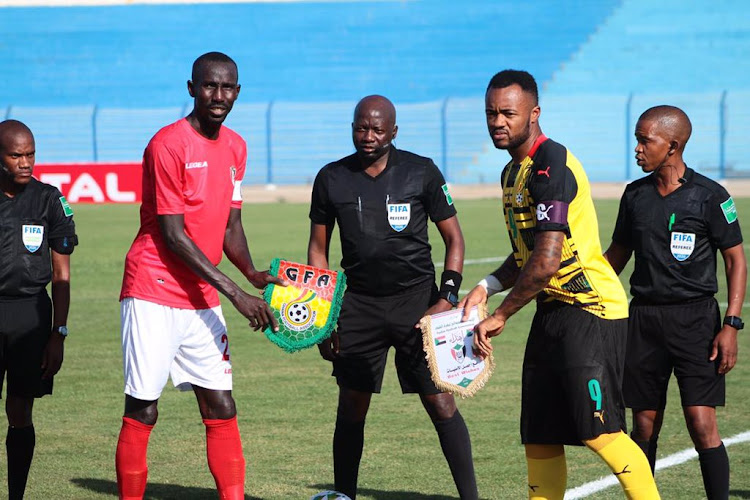 Sudan have pulled a shock 1-0 defeat of Ghana in Omdurman that makes Bafana Bafana's qualification for the 2022 Africa Cup of Nations that much more difficult.

Coach Molefi Ntseki's South Africa had been confident of their qualification chances after Friday and Monday's 2-0 and 4-2 victories against Sao Tome and Principe in Durban and Port Elizabeth put Bafana in a strong position in Group C.

Had Ghana maintained their 100 percent win record in Sudan on Tuesday afternoon‚ it would have seen the Black Stars qualified on 12 points from four games‚ South Africa on nine‚ Sudan on three and Sao Tome on zero.

Bafana then would have needed a point from their last two matches in March next year at home to Ghana and away against Sudan to be sure of qualifying. And that was only if Sudan won their second-last match away against Sao Tome.

Instead Ghana and South Africa are on nine points‚ and Sudan on six. If Bafana lose their next game against Ghana at home‚ and Sudan beat Sao Tome‚ the two teams will be level on nine points going into the final match‚ leaving South Africa having to travel to the heat of Sudan needing a result.

Shakes Mashaba's Bafana famously beat Sudan 3-0 at Al-Merreikh Stadium in Omdurman in September 2014 to get their 2015 Nations Cup qualifying campaign off to a flying start. SA won the return match by a more modest 2-1 at Moses Mabhida Stadium in November 2014 to clinch qualification.

This Sudan seem a far more resolute combination to overcome though‚ and Ntseki's Bafana could only beat them 1-0 at FNB Stadium in the current Cameroon 2022 qualifying campaign in November last year.

Their result against Ghana sends shockwaves through the group‚ and will hardly leave the South Africans wanting to travel to the desert East African country needing a result.