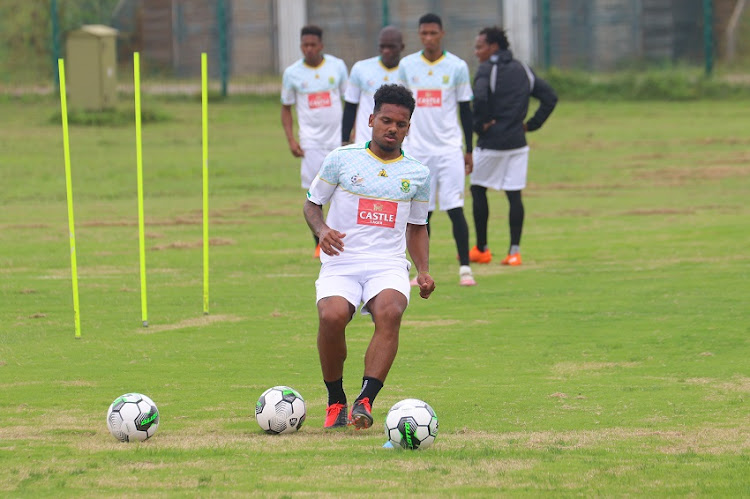 If death and taxes are certainties‚ so is the fact that two wins for Bafana Bafana against Sao Tome and Principe either side of this weekend will have them close to qualification to the 2022 Africa Cup of Nations.

Also certain is that anything less than the six points from the games at Moses Mabhida Stadium in Durban on Friday night (kickoff 9pm) and Nelson Mandela Bay Stadium on Monday (3pm) will make life difficult in the campaign. It could see coach Molefi Ntseki under some pressure too just five matches into his tenure.

It has been hard to assess Ntseki's performance in his now one-and-a-half years as head coach. No Bafana coach could have seen so many planned fixtures called off due to unforeseen circumstances.

In his first month in charge first Zambia then Madagascar pulled out of friendlies in response to a wave of xenophobia in South Africa. Ntseki finally started with a decent friendly win against Mali in October 2019‚ followed by a mixed start to the Nations Cup qualifiers with a 2-0 away defeat to Ghana and 1-0 home win against Sudan.

For a second time Ntseki faced cancelled matches as the back-to-back home and away games against Sao Tome were postponed as international football ground to a halt due to the Covid-19 pandemic.

Against Sao Tome – who have ceded their home game in the interests of limiting travel in the midst of the pandemic – Ntseki has a chance to earn two huge wins and be on the verge of qualification for Cameroon 2022. He also could potentially see the bottom fall out with anything less.

The coach welcomed new Glasgow Rangers signing Bongani Zungu into his squad as the last arrival on Wednesday.

“By late yesterday we saw the arrival of Bongani Zungu after travelling for 22 hours coming from Scotland. And we are happy that the whole squad is here‚” Ntseki said on Thursday.

“We will have our last preparation this afternoon with all 25 players who were called up to this camp. And the preparations have been going very well.

“We are fully aware of the challenges that come with it. Sao Tome are a very difficult team. But all that is important is for us to get maximum points in the two matches.

“We have prepared well mentally‚ physically and tactically so we will be able to execute the plan come match day on Friday. And another plan will come out for the match on Monday.”

In class 72nd-ranked Bafana – quarterfinalists at the 2019 Nations Cup in Egypt‚ where they beat the hosts in the second round – should be expected to breeze past 182nd-ranked Sao Tome.

But it has been in mismatches like these that shock results against teams such as Cape Verde and the Seychelles made life difficult for the South Africans in their past two major tournament qualifying campaigns.