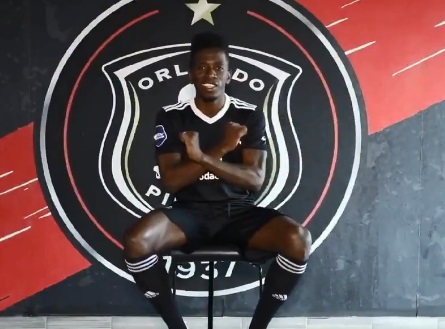 Orlando Pirates have continued to bolster their squad and recruited highly rated Democratic Republic of Congo (DRC) forward Jean-Marc Makusu Mundele from AS Vita on Thursday.

Pirates announced that the 28-year-old forward was signed after passing his medical tests and initially joins on a season-long loan with an option to make the transfer permanent at the end of the season.

The vastly experienced Makusu‚ who has played in Belgium‚ Algeria and Egypt‚ said he wants to make a meaningful contribution to the Buccaneers this season.

“I am happy to have joined this prestigious club and I look forward to a successful stay. This move presents a new challenge in a new country for me‚" he said.

"I have lofty ambitions and I am confident that I can achieve them with my new teammates.”

The acquisition of Makusu will provide coach Josef Zinnbauer and his technical team with more options upfront in what is going to be a challenging campaign that includes participation in the Caf Confederation Cup.

His experience in the Confederation Cup will come in handy for Zinnbauer as he helped DRC side AS Vita to the final of the tournament in 2018 where he finished second in the goal scoring charts.

“We are pleased to have Makusu join the team and look forward to working with him. Our squad this year has every player in each position competing for a spot in the starting line-up and it will be no different to him.

"The healthy competition we have created will help get the best out of all our players‚” said Zinnbauer.