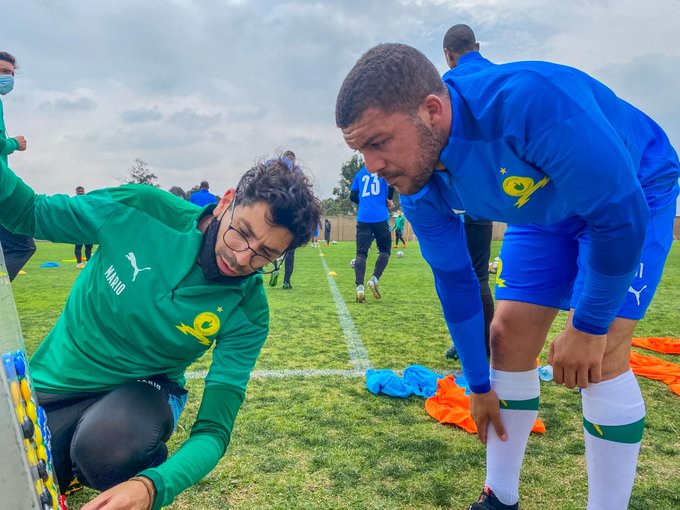 SA under-23 midfielder Grant Margeman hopes to learn as much as possible from his senior teammates at Mamelodi Sundowns and sharpen his skills to be a better player.

The 22-year old Margeman‚ who was one of the new additions to the Sundowns squad‚ will be competing for a starting place in the heart of midfield with Hlompho Kekana‚ Andile Jali‚ George Maluleka‚ Rivaldo Coetzee and Tiyani Mabunda.

Margeman caught the eye of the Sundowns technical team after impressive displays for Ajax Cape Town in the GladAfrica Championship where he established himself as a combative box to box central midfielder in the mould of Benedict “Tso” Vilakazi.

“The club has some great players with experience and I want to learn as much from them and give back to the team. There are guys like Hlompho (Kekana) AJ (Jali) George (Maluleka) just to name a few who have been in the game for years‚” he said.

Margeman‚ who is yet to make his debut for the Brazilians this season‚ said he wants to win his first professional trophy after he missed out on promotion with Ajax Cape Town last season.

“I want to win my first trophy as a professional footballer with the club. It’s a new chapter in my life‚ but I'm still the same Grant‚ with the same goal‚ which is to win more trophies for the club. I want to get into the team‚ fight for my place‚ grow as a person in the team and get to know and learn from the senior guys.”

Another player who is new at Sundowns and also has lofty ambitions is 25-year-old attacker Haashim Domingo who arrived after impressing under coach Gavin Hunt at Bidvest Wits.

“I want to play regularly and help the team to win trophies‚ especially the Caf Champions League. By playing regularly here at Sundowns‚ that will also help in my chances of playing for Bafana Bafana.

“I am enjoying the time I have spent with my team-mates here at the club since I joined. You know that Sundowns has a lot of great players and that is what made me join the team‚ it has been a great time and I am learning every day at training.”

So far‚ Domingo has only made two appearances for the Brazilians in the MTN8 quarterfinal loss to Bloemfontein Celtic and in the 3-0 win over Kaizer Chiefs in what was their opening match of the DStv Premiership.