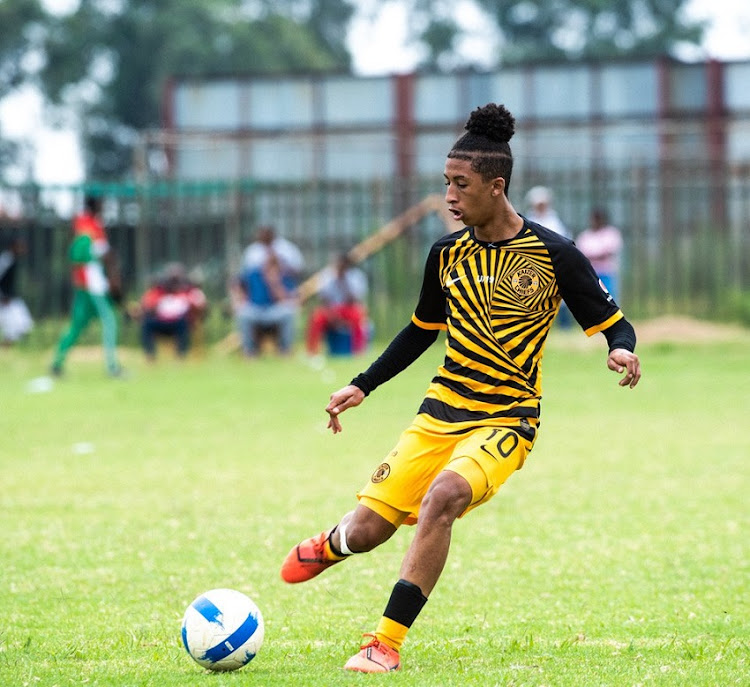 Amakhosi have been left to mourn the tragic death of their 18-year-old Under-19 rising James McFarlane in a car accident.
Image: TWITTER/KAIZER CHIEFS

Kaizer Chiefs assistant-coach Arthur Zwane has said that James McFarlane‚ the Amakhosi youth player who died in a car crash last week‚ was a “fine prospect”.

Ex-winger Zwane‚ formerly involved in Chiefs’ development as the head of their Under-21s‚ said 18-year-old McFarlane had been identified for promotion to the Soweto giants’ Multichoice Diski Challenge reserve team in the coming season.

“We have lost a fine prospect and a talented young lad‚” Zwane said.

“James has left us too soon and it is hard to comprehend what happened. It is going to take long for us to recover from this loss.

“ ... James joined us from Black Aces three season ago. We identified him from the youth national teams and saw him as a great prospect for the future.

“He played as an attacking midfielder and full of energy so much that you could use him either as a No.8 or No.10. We had identified him for promotion to the reserve team in the upcoming season.

McFarlane had played for the South Africa Under-17s.

“ … To see the family in the sorrowful state they are in was hard‚” said Zwane‚ having visited the grieving family along with Chiefs’ football manager Booby Motaing.

“We met his grief-stricken mother and the other family to express the sympathies on behalf of the Chiefs family. We wish to express our solidarity in grief with the family.

“The club is holding hands with the family to give them the necessary support. We will also trigger the system of supporting his teammates who are in the state of shock at the moment.

“It is sad but we trust time will heal. I would like to once more express our deepest heartfelt condolences to the bereaved family and friends.”

McFarlane died in a car crash on Friday.