Iron Duke may cede power in next four years 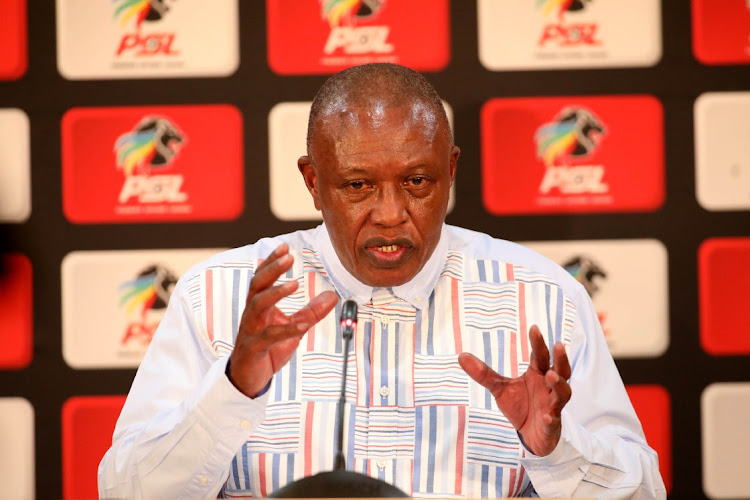 Premier Soccer League chairperson Irvin Khoza is ready to hand the baton to the next generation of leaders.

Khoza, who was elected unopposed for the position at the quadrennial general meeting in Johannesburg yesterday, hinted it could be his last four years in the hot seat.

The National Soccer League members expressed their confidence in Khoza as he contested the elections unopposed. But he said it is time for the next generation of leaders to be mentored to take over.

Two women – Simelane and Madlala – are serving in the national executive committee but Khoza, who is nicknamed Iron Duke, predicted that in the next four years there would be more female representatives.

The league has no permanent CEO and Madlala has been acting as an interim CEO for several years.

Khoza as Madlala is asked to continue as acting PSL CEO: 'We don’t elect CEOs‚ they are appointed'

Mato Madlala is set to continue as acting Chief Executive Officer (CEO) of the Premier Soccer League (PSL) after it was proposed by some of the clubs ...
Sport
1 year ago

Khoza said the national executive committee would discuss the position of a permanent CEO in their next meeting. “The journey that we have travelled has been a long one. We have founded and built an institution worth defending. We have adapted to changes, and ours is an investment business and not cash-and-carry. We pick and pay; investors trust us and take risks. Changing for the sake of change has caused the demise of many organisations. I believe that we have reached a stage where we have to prepare for the next generation. The next generation needs to feature prominently in the coming four-year term. Many of our members are still not clear about the business that we are in,” said Khoza.

Khoza said the next generation must have an idea of the business the PSL is involved in as he urged them to be more open-minded.

“I’m talking here and not guessing or making assumptions as we have a business that attracts attention and requires understanding,” he said.

The PSL saw a small dip in financial income, as it raked in R970m for the past financial year, a small decline from last time when the league reported it made more than R1bn for the first time.

“Service payment to clubs increased by R40m to R656m from R616m,” the league said in a statement.