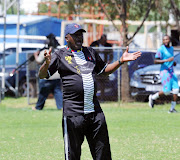 TS Galaxy coach Dan “Dance" Malesela is well aware that the current inactivity, due to the Fifa break, can easily blunt their momentum.

“I was speaking with players about this period [the international break]. It is very crucial mentally because somehow they affect training and players turn to relax. Psychologically it [the hiatus] is not okay,’’ said Malesela.

“We need to be careful  how we express ourselves. We have to put in a lot of efforts at training. The mind switches off and says, ‘no we don’t have any matches and we want to restart when the matches come up’. The Fifa week is a very dangerous thing.’’

Galaxy’s next match is against fellow newcomers Swallows – who’ve had as impressive a start to the season as them, on November 21 at the Dobsonville Stadium. Malesela has already coaxed his boys to start thinking about the clash against the Birds.

“I spoke with the players about the psychological effects of this period so that we don’t relax heading into the next game [away to Swallows]. We need to have our minds very set for the next task ahead.’’

Galaxy have been one of the DStv Premiership’s early-season high-flyers, with five points from a possible nine in their three opening league games.

The most impressive part in Galaxy’s promising form is that they have managed to keep two clean sheets from those three outings.

Galaxy have conceded only one goal, in the 1-all draw against Tshakhuma Tsha Madzivhandila in the first game of the season. In the following game they beat AmaZulu 1-0, before frustrating Kaizer Chiefs with a goalless stalemate in their last tie.

“You don’t have to be selfish and be unreasonable. We’ve played against good teams. One would have wished that we got maximum points in all those games… particularly the last game [against Chiefs, where they also missed a penalty],’’ said Malesela.