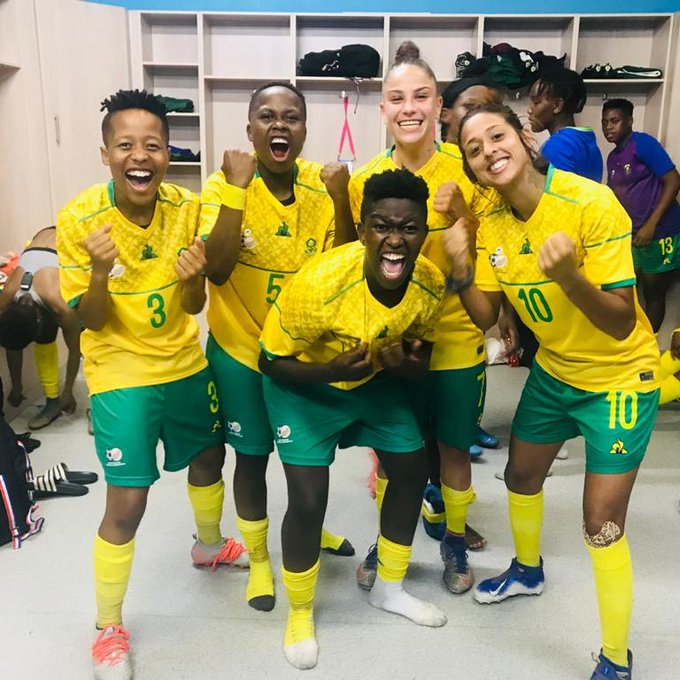 After a tight first half that had the sides locked at 0-0‚ it rained eight goals in the second stanza and three of them belonged to Magaia.

Banyana will meet Botswana in the final for a chance of clinching their fourth consecutive Cosafa Women’s Championship title at the Nelson Mandela Bay Stadium on Saturday (3pm).

Coach Desiree Ellis troops beat Angola 2-0 in their opening fixture which was followed by a 5-0 success against Eswatini.

Banyana closed their group stages fixtures with a 7-0 win against Comoros and finished on top of Group A.

Botswana made history when they booked themselves their first ever spot in a Cosafa Women’s Championship final when they beat Zambia 2-1 in the early semifinal.

Malawi were dealt a huge blow in the first half when their goalkeeper Samir Amidu was sent off for fouling Magaia just outside the area 18 minutes into the game.

Substitute goalkeeper Mercy Sikelo replaced her and would eventually have a very busy day. But despite playing against a player less‚ Banyanya struggled to get an earlier opener against the stubborn Malawians in the first half.

Both sides had a few chances at goal but failed to convert. In 42nd minute‚ Banyana goalkeeper Andile Dlamini made a heroic save when she found herself one-on-one with Malawi’s danger woman Tabitha Chawinga.

Banyana’s first goal only came just five minutes after the referee restarted for the second half through Kgoale.

However‚ their excitement was short-lived as Tabitha got the equaliser for Malawi from her long-range free kick. Malawi continued to fight on looking for chances to extend their lead despite being at a numerical disadvantage‚ but their attempts where fruitless.

Magaia scored all three of her goals after halftime with Kgoale and Sibulele Holweni adding another one each. Malawi’s Tabitha also scored a second goal for her side.