Midfielder keen to show he deserves the honour

Tshepe dons No10 to dazzle at Galaxy 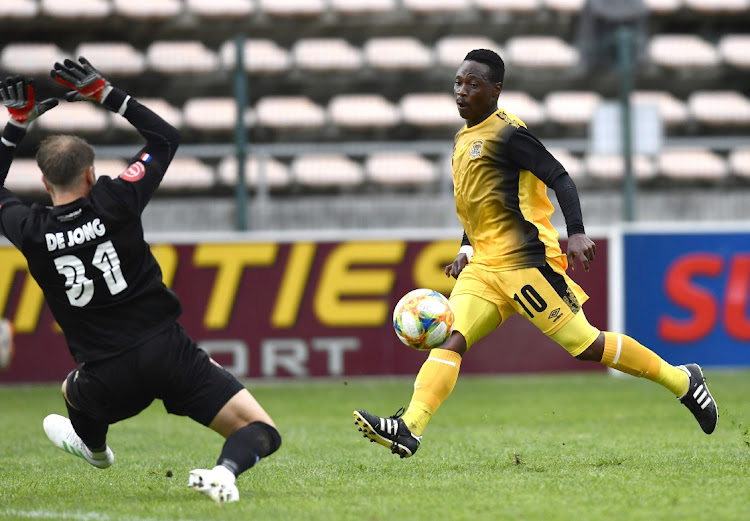 In football, jersey No.10 is synonymous with greatness and it goes without saying that a player donning this valued shirt number is always under scrutiny.

It is because of this that new TS Galaxy midfielder Karabo Tshepe concedes he’s obliged to always be  his side’s best player as he dons “10”, a number he also used at his previous club, Black Leopards.

“The chairman [Tim Sukazi] saw something in me to give me 10. Being the No. 10 of the team means I must work harder than any of my teammates. This jersey comes with pressure and I have embraced that,’’ Tshepe told Sowetan.

The lad from Randfontein thinks wearing No.10 will also lift his confidence, having been inactive since his unceremonious exit at Lidoda Duvha in April. He joined the Rockets before the start of this season.

“Wearing No.10 will boost my confidence as I was clubless for a few months. I know I must work hard to complement my talent but with confidence things are easier,’’ noted Tshepe.

The 31-year-old, who’s affectionately known as “Stich’’, is admired for his exceptional dribbling. Tshepe thinks his style of play will improve under the tutelage of Galaxy mentor Dan Malesela.

“Coach Dan wants players to play with freedom and I like that. My game will improve under him,’’ said Stich, who has already started two of Galaxy’s three opening DStv Premiership outings.

As he was one of the Limpopo side’s most consistent players in recent seasons, many were shocked when Tshepe and Leopards parted ways in April. The Galaxy midfielder has since  opened up about the reasons behind his surprise departure from the Venda side.

“It was personal issues that contributed to my exit. I had family issues and the club didn’t want me to attend to those family issues. I am a family man and I can’t take it if a person tells me that I can’t attend to my family,’’ said Tshepe without going into further detail.

Four matches played in all competitions and four defeats after all of them.
Sport
1 year ago

Argentina soccer great Diego Maradona has been sedated by doctors to help him cope with withdrawal symptoms and will remain in hospital, even though ...
Sport
1 year ago
Next Article