SuperSport put MTN8 exit behind to focus on refreshing team 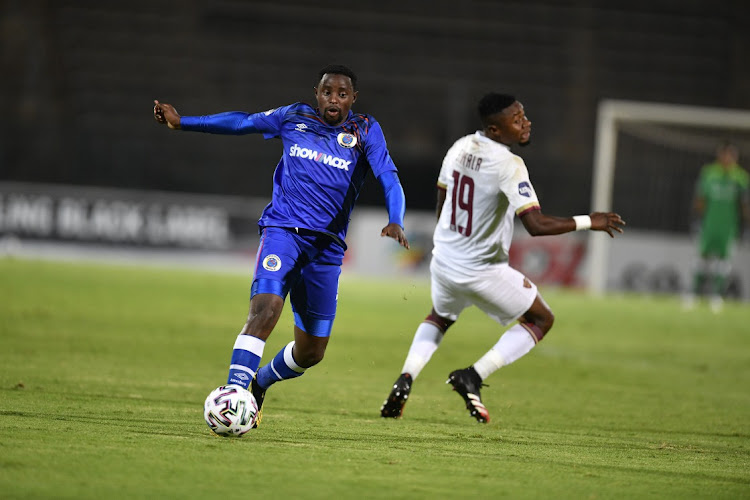 SuperSport United coach Kaitano Tembo feels it will take time for new signing Lucky Mohomi to get back to his best form.

Mohomi spent most of his time at Mamelodi Sundowns on the sidelines, and Tembo is desperate to see him regain his old form.

The 29-year-old was signed as a replacement for Dean Furman from Matsatsantsa a Pitori, and with him still struggling for form, Tembo decided to play Teboho Mokoena in the holding midfield rather than in his usual attacking role.

“Tebza gives us more when he plays a little bit high up. We brought Lucky to try and play that role. But you know he hasn’t played football for the past six years, and it is a little bit difficult for him,” Tembo said after his side’s 0-1 defeat to Bloemfontein Celtic in the MTN8 semifinal second leg at Dr Petrus Molemela Stadium on Saturday.

“We will try to bring him in  gradually. He played on Wednesday [against Stellenbosch], I don’t think today [Saturday] he would have been in the right condition to play. But the good thing is we have a Fifa break now, so we will have time to work on the players and give them a little bit of rest because it has been hectic in the last 15 days. We’ve been playing every three days, so this allows us to regroup and refresh the team a bit.”

Tembo, meanwhile, rued his side’s missed chances following their MTN8 exit after losing to Celtic in the semifinal. Phunya Sele Sele saw off SuperSport 2-1 on aggregate.

“We had a good start and I thought we created a few opportunities from the first whistle. Jamie Webber should have scored there. I think that summed up the rest of the day for us. We could have played another three or four hours without scoring,” Tembo said.

“It’s a cup competition and if you don’t take your chances, you don’t deserve to win the game. Congratulations to Celtic, they deserve to be in the final. They scored all the important goals.”

The pressure is on holders SuperSport United to reach the final and defend their trophy in Saturday’s MTN8 semifinal second leg at Dr Petrus Molemela ...
Sport
1 year ago

Bloemfontein Celtic booked a place in the final of the MTN8 with a 1-0 win over defending champions SuperSport United in the second leg of their ...
Sport
1 year ago
Next Article