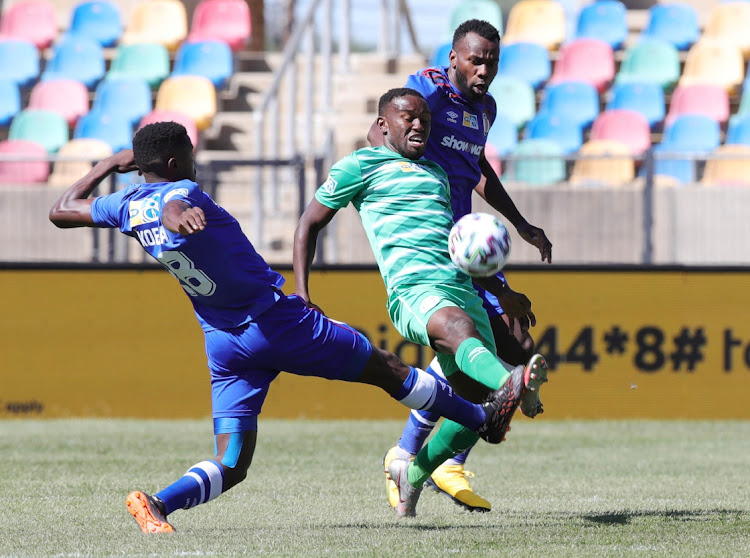 Celtic reached the final after edging out SuperSport United 1-0 at Dr Petrus Molemela Stadium on Saturday in the semifinal second leg to win 2-1 in aggregate. Victor Letsoalo scored the all-important winner in Mangaung.

It is Celtic’s second cup final in two months, after losing out to Mamelodi Sundowns in the Nedbank Cup in September, and Maduka is planning to go one better this time.

Phunya Sele Sele’s financial strains have been well documented in the past few years, with the club even being put up for sale.

“It is important for us to go out there and try to win the cup for the team,” Maduka said after the match.

“It has been a long time [without winning a trophy]. It is our second cup final in two months. We hope and pray that things go according to our plan. It is another opportunity for us to win the cup, so we need to go out there and focus on the game and make sure we try our best to win the game.”

Celtic went into the second leg on Saturday a favourites to progress after drawing 1-1 in the first leg in Pretoria.

“It will be good for the team, especially running without a sponsor. It is not always easy. We have challenges here and there, but on the field of play, the boys have been working very hard,” Maduka said.

“We have been focusing on the job at hand, and this is the reward we get going into another final. But we need more focus and look forward to the match and try to make sure we win it. We know it is not going to be easy, but we have given ourselves a chance to lift a cup by getting into the finals.

“It means a lot to us [to reach two cup finals despite financial crisis]. It is not easy, but we have been working very hard on the field of play trying to prepare these players that whoever we play, we make sure that we are ready.”

Siphesihle Ndlovu came off the bench to give Orlando Pirates their first win of the season in a game that looked destined to end in a dull draw ...
Sport
1 year ago

With the Los Angeles Lakers on the way to missing their sixth consecutive postseason last year, LeBron James made a promise to fans that the drought ...
Sport
1 year ago
Next Article