Will Chiefs avoid another hiding? 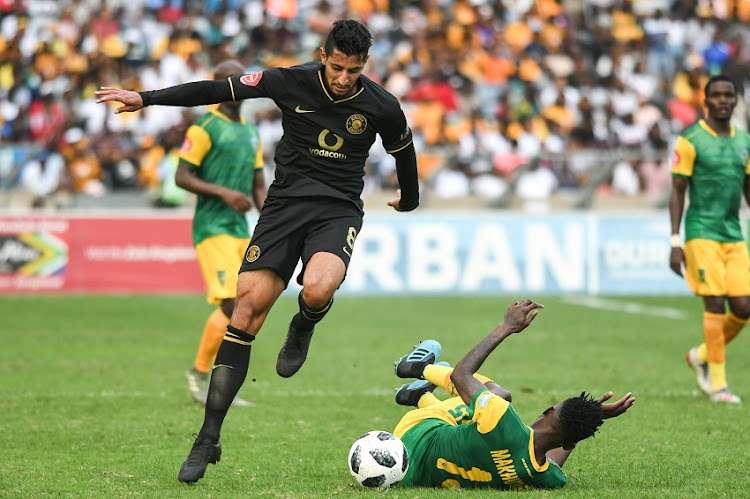 Building up to the weekend, the biggest discourse of local football has been whether Kaizer Chiefs can overturn Orlando Pirates’ three-goal lead from the first leg, when the two Soweto foes clash again in the return leg of the MTN8 semifinals at FNB Stadium on Sunday (3pm).

Evaluating if Chiefs can do the unthinkable, Sihle Ndebele coaxed Pollen Ndlanya, Gert Schalkwyk and Bongani Ndulula, who all played for both Amakhosi and the Buccaneers, to analyse the probability of the deficit being overturned. Chiefs need at least four unanswered goals to go to the final.

Analysis: Pirates made things easier for them by scoring three goals last week. For me, I think the game is finished. Chiefs are struggling with mental strength ... that transfer ban affected them mentally. To be honest, I don't give Chiefs a chance to come back. There'll be no miracles. The absence of Samir Nurkovic is also making it difficult for them to play. You see that the burden is too heavy for Leonardo Castro to play alone upfront.

Analysis: I can't lie, I wish for Chiefs to win and it can happen. The important thing is to have good attitude. The boys must believe that they can do it. In football anything is possible. You can't say Pirates have already won the tie because there's still another 90 minutes to play. The senior players like Eric Mathoho, Willard Katsande and others must step up to the plate ... this is a game they must show why they are at Naturena.

Analysis: It will be a tough game. I can't say Chiefs can't overturn the outcome of the first leg, but it will require a lot of hard work and focus. Anything can happen in football. It will depend on who's better on the day. I think Pirates will score again on Sunday, so it will be very hard for Chiefs to go to the final.

Gavin in hunt for wins, not rebuilding

The future of football is now, Chiefs coach insists
Sport
1 year ago
Next Article