SuperSport in search of historic MTN8 cup final against Celtic 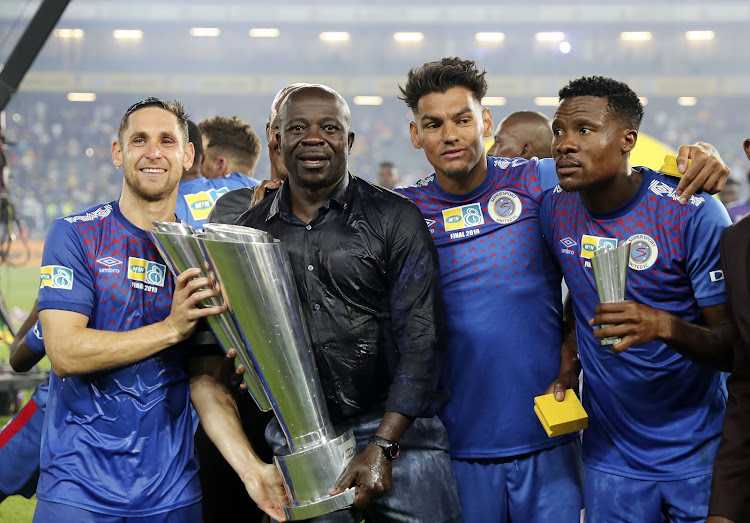 SuperSport United coach Kaitano Tembo says they are optimistic of making history for the club by qualifying for the fourth consecutive MTN8 final appearance this weekend.

United take on Bloemfontein Celtic in the competition’s semi-final on Saturday at the Dr Molemela Stadium in Mangaung with the teams deadlocked 1-1 after the first leg in Atteridgeville.

“We are in this situation because we want to get to the final‚” said Tembo.

“They really have to dig deep for us to get a positive result away from home and we are very positive about that.”

Celtic managed to score the crucial away goal in the first leg.

“The advantage is with Celtic at the moment because they scored that away goal. For us‚ what matters is that we are not under pressure even though we are in a situation where we have to go there and try to get a goal‚” Tembo said.

“We must go there and manage the game by not playing under pressure and that can only happen if we stick to our normal game and see how they respond because that’s very important.

“We have the players to be able to manage the game and we know that we have goals in us‚ at least one or two. It will be a morale boost if we are able to score early but the longer it gets the more pressure goes to Celtic.

Over the past three semi-finals‚ United always drew the first leg at home but managed to finish the job in the second leg away from home and Tembo is hoping for more of the same.

“But this is a different game against an opponent that is very motivated. In their league match on Wednesday‚ they rested about six to seven players and they will be well rested.

“For us‚ we will also have players back from injury and that will boost us in terms of selection.”