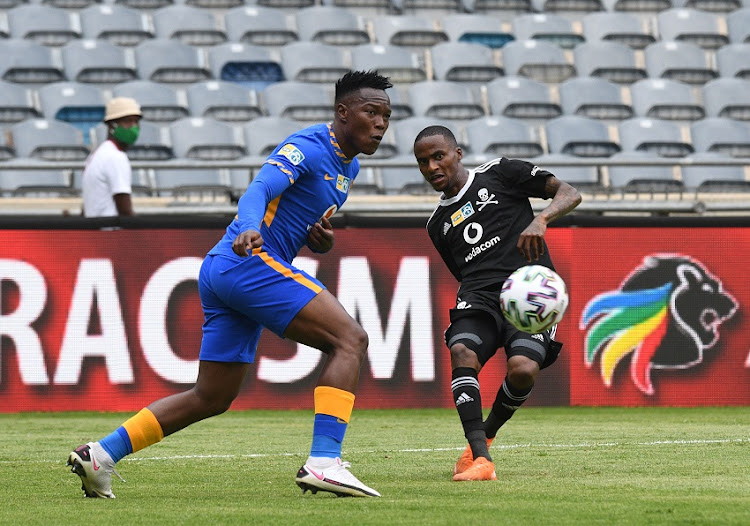 Orlando Pirates may play the second leg of their MTN8 semi-final against Soweto rivals Kaizer Chiefs on Sunday without three regular players due to injuries.

Pirates tried to build momentum this week by sticking to the starting line-up that gave them a 3-0 victory against Chiefs in the first leg of the Soweto derby last Saturday.

But that plan backfired in their 1-0 DStv Premiership win against Bloemfontein Celtic on Wednesday night when attacking midfielder Thembinkosi Lorch and striker Terrence Dzvukamanja got injured during match.

Pirates stand-in coach Fadlu Davids said it was difficult for him to confirm whether Lorch or Dzvukamanja would have recovered by the time they meet Chiefs at the FNB Stadium on Sunday.

“It doesn’t look good for both players‚” said Davids‚ who had Siphesihle Ndlovu to thank for delivering the winning goal for Bucs on Wednesday night when it looked like the match would finish in a dull draw.

“Dzvukamanja’s injury looks like a head injury but we’ll get a report from the doctor afterwards. I have no feedback.

“Lorch is similar with his knee and had to go off early in the first half. It’s still too early to tell. We don’t know but we’ll get a report. He’ll go for the scan and then we’ll reassess what’s the next step‚” Davids said.

The duo’s injuries add to that of defender Thulani Hlatshwayo‚ who didn’t start against Celtic. Davids lamented these injuries‚ saying they could disturb the team’s momentum as they wanted build the side around starting the line-up that got the outstanding result against Chiefs.

“If you think of our first three matches we had a change in every match there… [there] were three to five changes from the Cape Town City game going to AmaZulu and against Stellenbosch‚” Davids said after the Celtic victory‚ Bucs’ first of the league season in three matches.

“It was a much better performance against Kaizer Chiefs and now you want to build continuity. You can talk in hindsight about what is right or what is wrong‚ but we know it’s three games in one week.

“We felt the effects of it in the first half [against Celtic] but that’s what you have got get used to. We’ve got to get used to it because of our schedule with matches coming up in Caf [the Confederation Cup]‚ the league‚ MTN8 and Nedbank Cup.

“If you want to push your players in terms of your conditioning you have to do it early in the season knowing that we didn’t a six weeks pre-season.

“So we felt it in the first half but the squad we have was able to then turn it around in the second half.”

Davids was very happy‚ though‚ to see Ndlovu grabbing his opportunity at Pirates after struggling for game time last season having joined the team from th Bucs assistant-coach’s former club Maritzburg United.

“It’s not easy when you’re coming from a different club‚” Davids said of Ndlovu’s struggles at Pirates.

“But we saw it [Ndlovu’s form] during the bubble time where he in got in the last three matches and won three man-of-the-matches‚ and continuing with the man-of-the-match in the first game of this season.

“But it’s a new season and there’s competition in the team. Each and every player‚ not only Ndlovu‚ has got to work hard to be able to fight to get their place in the team.”