More work ahead for Chippa after Maritzburg win - Seema 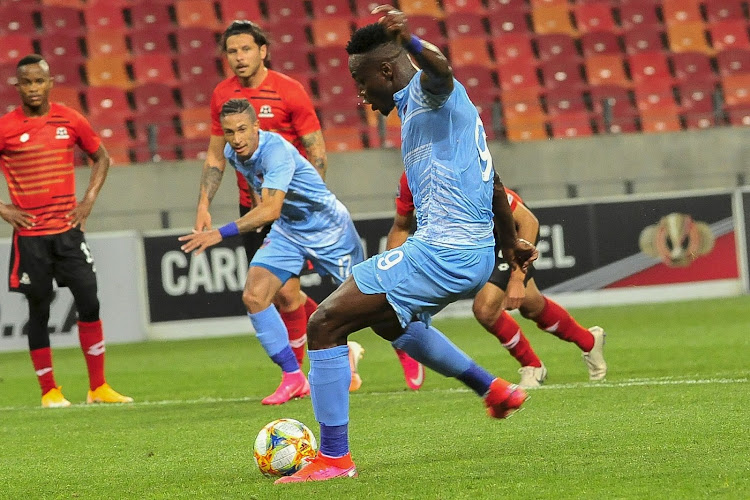 Coming off the back of a slender 1-0 loss to Kaizer Chiefs last week, the Chilli Boys registered their first win in the new DStv Premiership on Tuesday as they overcame the visitors.

Played at the Nelson Mandela Bay Stadium, the home side came away with all three points thanks to a hat-trick from Cameroonian striker Bienvenu Eva Nga to condemn their opponents to a third defeat in as many matches.

“It is a young team but we felt after the game last week we came across a very strong Kaizer Chiefs team who were playing very well on the day.

“Even then we could see signs that these guys are building and going to do,” Seema said.

Seema said his choice to start his more experienced players against Maritzburg worked like a treat, with his young guns injecting some pace and intensity into the match.

Cameroonian striker Bienvenu Eva Nga has predicted that Chippa United will “go far” in the league after scoring the season’s first hat trick in his ...
Sport
1 year ago

“Today [Tuesday], I knew that I would start with the experienced players there, it was all about keeping the pressure up [against them].

“Having Eva Nga and [Augustine] Kwem [and other senior players in the line-up], I knew it was not going to be that fluid passing, quick transitions and quick break attacks.

“Once they got a bit tired, I could throw on the young ones, who came with an air of confidence because they had seen the senior players work their socks off,” Seema said.

Seema said Maritzburg posed a tough challenge to his side, saying they gave giving the home side a lot to think about for large parts of the match.

“We played against a very good Maritzburg team, they have played in the MTN8 not so long ago and teams don’t finish in the Top 8 by luck. They are a team that can play,” he said.