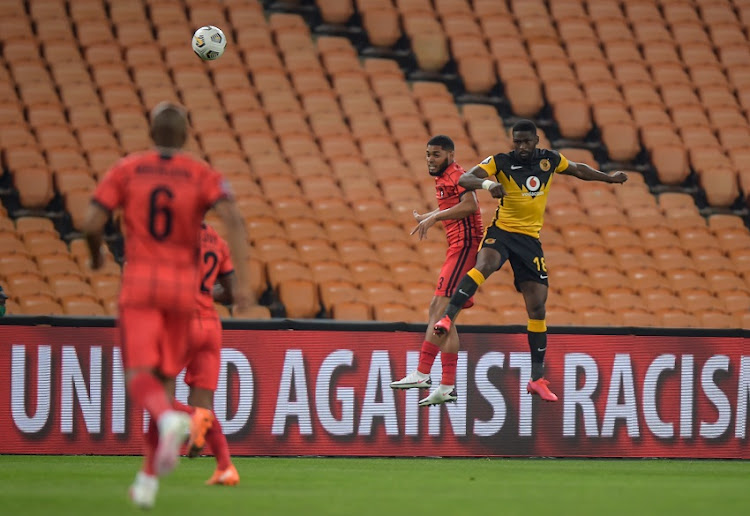 Kaizer Chiefs coach Gavin Hunt continues to search for the key to have his team firing on just some of their cylinders, as Amakhosi were fortunate share the spoils 0-0 in their DStv Premiership stalemate against tricky TS Galaxy on Wednesday night.

Gavin Hunt continued to run through his combinations at FNB Stadium, seeking answers to an indifferent start to the season. A first half where Chiefs rode their luck through a string of Galaxy chances, and second period where Amakhosi improved, but still only shaded play, might have again left more questions than solutions.

Chiefs were entirely fortunate to go to the break level against the team who in their only other clash with Amakhosi shocked them as First Division contenders in the 2019 Nedbank Cup final. Chiefs struggled to contend with Galaxy’s quick-footed, skilful carpet inter-passing that is a feature of coach Dan Malesela’s football.

After an early half-chance to Amakhosi, Lebogang Manyama’s free-kick across the face being missed by centimetres by the heads of Billiat and Mathoho, Galaxy produced a procession of clear opportunities.

Chiefs’ left-back Philani Zulu advanced in front of his area for an intercept of an angled pass, which he missed, allowing clever winger Tshegofatso Nyama in behind him to shoot hard at Daniel Akpeyi.

Then Galaxy spurned a penalty. The always fleet-footed and quick-witted ex-Highlands Park winger Lindokuhle Mbatha was clattered down by Moleko in the box, and referee Tshidiso Mkwanazi pointed to the spot.

The impressive-looking 23-year-old centre-forward Wayde Lekay’s penalty was part casual, part ambitious onto the top-right corner of the post.

In yet another chance to the men in red Tshepe slipped Lekay through to force another save from Akpeyi.

Hunt’s intentions for a more direct approach were clear introducing Castro for Manyama from the break. Baccus for Nkosingiphile Ngcobo and Anthony Akumu for Katsande followed just after the hour, as Chiefs continued to flounder for ideas.

It did seem a matter of time before Chiefs pressurised the rookies. Zulu’s cross was deflected just wide by Castro, then Billiat teed up Parker to shoot just off target.

But Galaxy’s speedster substitute Mokete Mogaila still almost won it for the visitors showing Daniel Cardoso his heels, an attempted finish looping off Akpeyi and Mathoho clearing off the line.