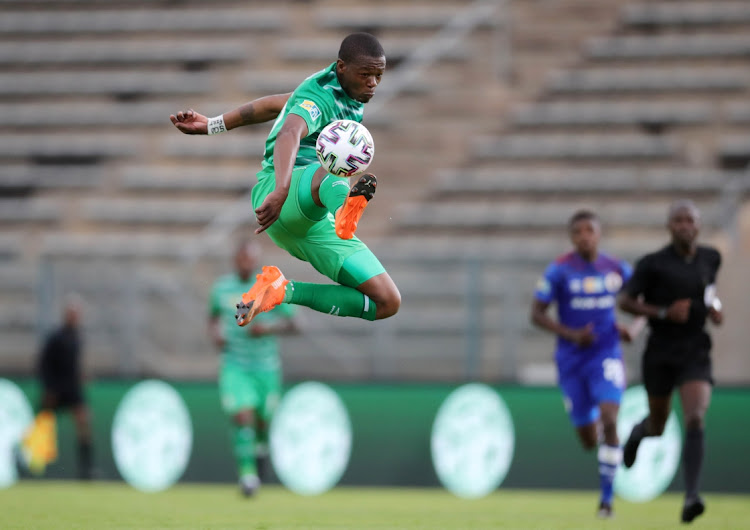 An impressive first half display earned Bloemfontein Celtic a crucial away goal as they held SuperSport United to a 1-all stalemate in the first leg of the MTN8 semifinals at Lucas Moripe Stadium yesterday.

Giving Celtic the advantage heading into the return leg in their backyard on Saturday, skipper Ndumiso Mabena broke the deadlock just 14 minutes into the game but his goal was cancelled out by Ghampani Lungu early in the second period.

Phunya Sele Sele made four changes from the XI that lost 1-0 to Swallows on Wednesday. Coming from injury Mabena made his maiden start of the campaign. Jackson Mabokgwane, Andile Fikizolo and Victor Letsoalo took the slots of Sipho Chaine, Tumelo Njoti and Harris Tchilimbou while Mabena replaced Menzi Masuku.

Matsatsantsa made two changes to the team that started their last game, a 3-1 league defeat away at Golden Arrows on Wednesday, with Siyabonga Nhlapo replacing Keenan Philips and Iqraam Rayners coming in for Lucky Mohomi.

The visitors took the game to the hosts for the better part of the first period, playing at a high intensity and using fullbacks Fikizolo and Sifiso Ngobeni to good effect.

The SuperSport rearguard was disorganised, with central defenders Bongani Khumalo and Clayton Daniels isolated from each other.

Playing without a natural left-back also caused Matsatsantsa  problems as Kudakwashe Mahachi, who was used as a stopgap measure, was found wanting.

Celtic also won the midfield tussle as Lantshane Phalane, who was forced off two minutes before the half-hour mark, outshone the SuperSport duo of Teboho Mokoena and Jamie Webber, helped by the agility of his partner, Siphelele Luthuli. Phalane was replaced by Given Mashikinya.

Celtic took the lead at the height their first half dominance thanks to Mabena’s cool finish in the 14th minute. Mabena was teed up by Letsoalo, who flicked the ball onto his path to beat SuperSport keeper Ronwen Williams.

The visitors’ lead was cancelled out by Lungu just five minutes into the second half. SuperSport returned from the halftime hiatus an improved side.

The surface was a bit slippery in the second half after a sudden downpour, accompanied by a thunderstorm and lightning. The wet pitch affected the flow of the game, slowing it down. Celtic were dealt another blow when Mabokgwane was forced off with a shoulder strain just five minutes after conceding, with Chaine replacing him.

How the players performed in the derby

Orlando Pirates’ 3-0 victory over traditional rivals Kaizer Chiefs on Saturday in the MTN8 semifinal first leg at Orlando Stadium came out as a ...
Sport
10 months ago
Next Article