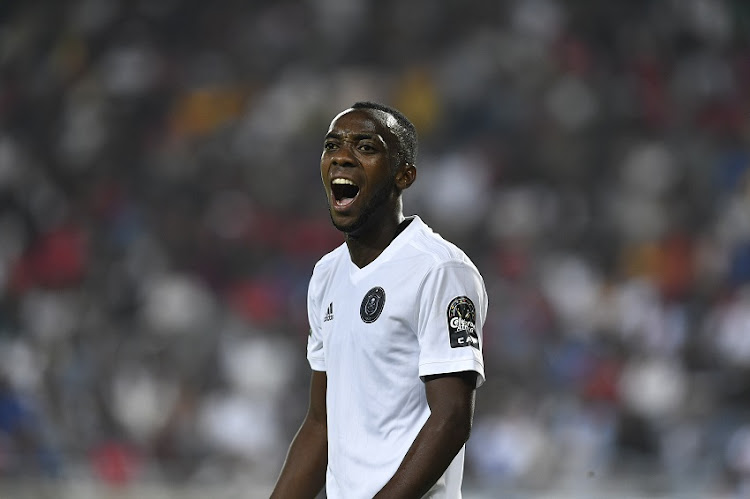 Striker Justin Shonga has penned a heartfelt farewell letter to Orlando Pirates’ management after he was released by the club following a frustrating end to the 2019-20 season.

The former Pirates star‚ who was released from his contract in the 2020-21 preseason‚ two weeks ago‚ and since joined Tshakhuma Tsha Madzivhandila (TTM) ‚ said he regrets having to bid farewell to the Bucs family.

Writing on his personal Instagram account on Tuesday‚ Zambia international Shonga thanked Pirates chairman Dr Irvin Khoza and everyone else involved in the club for his time spent there.

“It’s with deep gratitude and utmost regret that I had to bid farewell to the Buccaneer family‚” he said.

“The love I felt from the fans is one I will fondly keep to heart and I hope in future we can still share moments together.”

The 23-year-old Shonga‚ who joined Pirates from Zambia’s Nkwazi FC in 2017‚ said he was grateful for the opportunity to play for a big team like Pirates.

“In everything we do we must be grateful‚ thanks to the chairman and the management team at Orlando Pirates Football Club for the opportunity granted to me‚” he said.

“Your support and encouragement during the difficult and good times were inseparable.

“We’ll share nothing but all the good memories. May God bless you. Once and always Pirates.”

Shonga‚ along with teammate and Bafana Bafana star Thembinkosi Lorch‚ was suspended by Pirates near the end of the 2019-20 season for breaking protocols of the Premier Soccer League’s biologically-safe environment (BSE).

The PSL finished in a BSE due to the coronavirus pandemic.