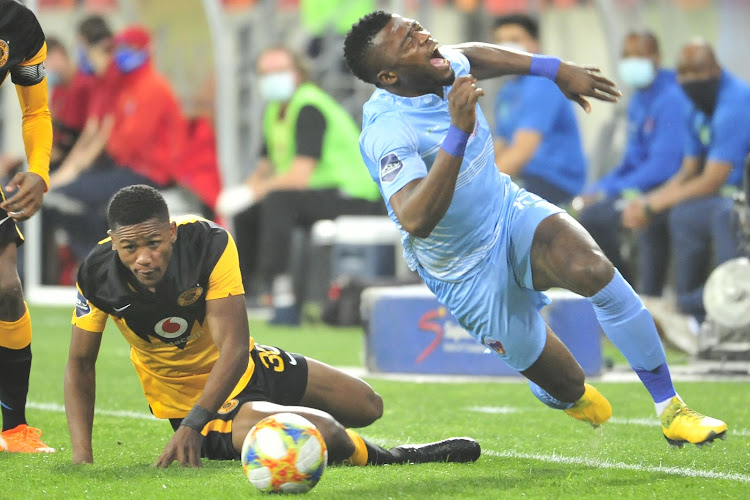 Kaizer Chiefs registered their first league win of the season after going down 3-0 in their opening round against champions Mamelodi Sundowns.
Image: Deryck Foster/BackpagePix

That an own goal had to decide a match where Kaizer Chiefs put in such a stirring, rampant display creating chances with reckless abandon in their 1-0 DStv Premiership victory against Chippa United on Tuesday night almost seemed a pity.

Luckless defender Gregory Damons turned the ball into his own net in the 78th minute at Nelson Mandela Bay Stadium in Port Elizabeth.

But that small mishap barely made up for the dollops of fortune Chippa had in the other direction as Chiefs had more than 20 shots, the woodwork and Chilli Boys goalkeeper Veli Mothwa standing on the way.

If Sunday’s 3-0 outgunning at the hands of Mamelodi Sundowns raised questions for Chiefs and new coach Gavin Hunt, more were posed just over an hour before kickoff of Tuesday night’s match as the Court of Arbitration for Sport dismissed Amakhosi’s appeal of a two-window transfer ban.

Many of those questions will have been answered by a fiery display that deserved more than a goal, probably more than four goals.

Chiefs at times looked supreme, worthy in style and efficiency in speed and build-up of their famous gold and black.

There will be many more posers for Hunt to solve as the four-time PSL winner formulates his combinations and calls on all his experience to figure out how to manage veterans and youth.

He will be happy to have found many of the pieces of the puzzle on Tuesday night.

Of course, Chippa are not Sundowns. But Lehlohonolo Seema’s team should always be tough to beat in Port Elizabeth.

Hunt’s younger, more fringe line-up he put out had a lot more energy, movement and aggression than a combination against Downs that battled to find a gear.

Chiefs’ new coach would have been pleased that the display showed his depth issues in his squad are perhaps not so pronounced ahead of Saturday’s big Soweto derby first leg of their MTN8 semifinal against Orlando Pirates.

Amakhosi owned every aspect of the first half.

Striking the post three times they were desperately unfortunate to go to the break without scoring having run Chippa’s defence ragged.

An increasingly rejuvenated Khama Billiat’s free-kick was flicked on by Kearyn Baccus to Daniel Cardoso at the far post to spoon back in, Leonardo Castro heading onto the left upright.

Lebogang Manyama, influential again after a rusty start to the season in a return from suspension against Sundowns, struck a beautiful free-kick onto the crossbar.

For symmetry’s sake, the third post at the southern end was struck when Baccus nodded a punt up-field down to Billiat to beat Nduduzi Nhlapo and roll a strike onto the right upright.

Chiefs continued to wrack up the chances in the second half, this time Mothwa standing in the way with a remarkable string of saves.

Billiat put Manyama through to force a save with a powerful strike. Daniel Cardoso’s dipping, deflected shot was pushed over by the keeper.

From Billiat’s corner Siyabonga Ngezana forced another superb stop. From the next corner it was Cardoso again.

Finally, from Manyama’s awkwardly-placed cross left-back Damons turned the ball into his own net.