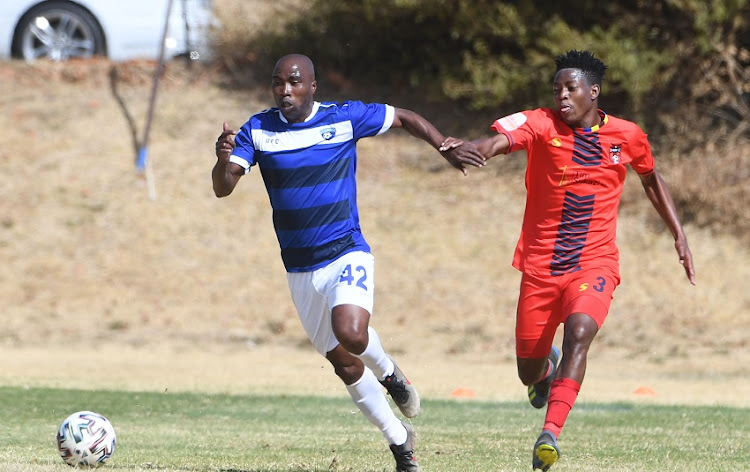 Former Bafana Bafana striker Siyabonga “Bhele” Nomvethe is not planning to hang up his boots yet despite the fact that he is approaching the age of 43.

Nomvethe‚ who has played for the likes of Orlando Pirates‚ Kaizer Chiefs. Moroka Swallows and AmaZulu during his successful career‚ insists that his body can still carry him for another season.

Nomvethe has also played for European clubs like Salernitana‚ Udinese and Empoli in Italy‚ Aalborg BK in Norway and Djurgarden in Sweden in his overseas spell that lasted for about five years.

“My body is fine – mentally I am prepared and physically I am fit‚” proclaimed the 42-year-old who turned out for Uthongathi FC in the GladAfrica Championship [First Division] last season.

“I think the team [Uthongathi FC] still needs my services even though I have been out to do the 200km Challenge in the BrightRock Battle of the Sports. I am back to training now and the players and the coach want my services so that I can help the team.

“This is a gift that I have been given and I don’t just want to just throw it away like that. I want to continue playing until I reach at least 45 years because I believe in myself with the career that I have had.

Former #BafanaBafana striker Siyabonga "Bhele" Nomvethe on: * his future, * what to expect in the #DStvPrem this season, * Pitso Mosimane moving #AlAhly in Flag of Egypt , * AmaZulu under new management, * coaching movements in the #DStvPrem

“It is amazing to see a South African coach getting a big job like that in Egypt with one of the biggest clubs on the continent. It is not usual to see a coach from South Africa going to coach in another country – this is a big stage and a good opportunity.

“He has done so many good things in this country and he has won so many league titles and cup competitions and he deserves it. If you watch Sundowns‚ I am not sure how many times they have been playing in the Champions League and he has helped them to win the trophy.”

He also expressed hope that the fortunes of his former club AmaZulu will change for the better after it was bought by businessman Sandile Zungu‚ who has unveiled ambitious plans.

“With the new management I think everything will change for the team. There is a new person who owns the club and I think the players‚ technical staff and management will organise themselves very well to prepare for this coming season.

“The chairman has said that he is expecting the club to be in the top four and I believe that the boys will do everything that is needed to be done not to disappoint the supporters and challenge for something in the league.”

Some of the oldest players to have played in the PSL:

Some of the oldest players in world football history: