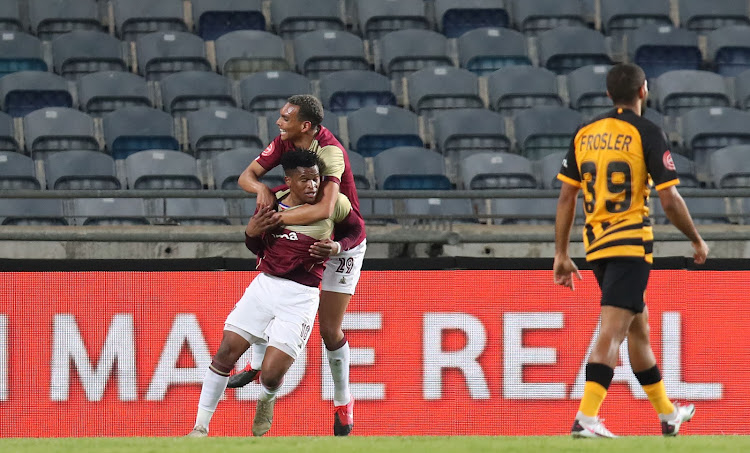 A career as a professional footballer seemed unlikely for Stellenbosch star Leletu Skelem growing up in Mthatha, in the Eastern Cape, given his preference for cricket and swimming. But his sporting priorities took a dramatic turn in the late 2000s when his father Abongile bought him a replica of the Bafana Bafana Kappa jersey of 1996.

“I was always a sports person. When I was five, six years old I played cricket at primary school and I was also involved in swimming. I loved those sporting codes a lot as a kid,” he said.

“Football wasn’t my first priority then but when I was 11 years old or so, everything changed ... One day my father came home with a Bafana shirt, the 1996 one, and he gave it to me. From that day I played football like I was crazy and my father encouraged me [to believe] that I will turn pro one day. The Bafana jersey prophesied everything.”

It took a lot of hard work, patience, sacrifices and belief for Skelem to finally crack it in the elite league. The 22-year-old forward had to change positions to finally get into the spotlight.

Swallows geared up for first top-flight tie in five years

Team management in talks to get some of Sundowns' players on loan.
Sport
1 year ago

“My breakthrough came in the SAB Under-21 National Championships in 2017. The games were played at Nike Centre in Soweto,’’ said Skelem.

“I travelled to the tournament as a defender ... a right-back, but my coach Scara [whose surname he doesn’t remember] had a limited number of strikers and those strikers were missing opportunities and he converted me to play as a  striker. If I remember correctly, I scored about five goals in that competition.’’

Stellenbosch spotted Skelem playing for Amajita in 2018, having received that junior national team call-up as a reward for doing well at the SAB U-21 National Championships. “After that tournament I received a national U-20 call-up and that’s where Stellenbosch signed me,’’ Skelem said.

Skelem’s meteoric rise culminated in the bubble, where he netted three vital goals and racked up a single assist from Stellies' last six league outings of last season.

The lad from Mthatha intends to model his playing style around that of German and Bayern Munich ace Serge Gnabry. Such is Skelem’s adoration of Gnabry that he’s even copied his famous “cooking” goal celebration.

“He cooks [referring to Gnabry’s goal celebration], I dish ... it's a wonderful celebration,’’ Skelem quipped.

Lucky Mohomi spent most of his time at Mamelodi Sundowns watching from the sidelines and current employers Supersport United are desperate to see ...
Sport
1 year ago
Next Article