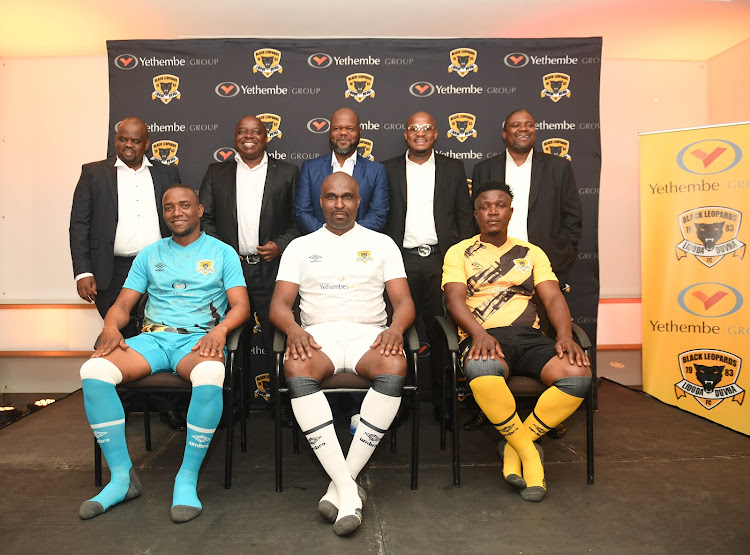 The Limpopo-based team unveiled its new players, sponsor and kit at a ceremony in Johannesburg on October 21 2020.
Image: Sydney Mahlangu/BackpagePix

New Black Leopards coach Patrick Aussems says he will retain last season’s trio who saved the club from relegation as his assistants rather than bringing in his own technical staff.

Aussems‚ the 55-year-old Belgian with a solid track record in Africa who was announced to the media in Hyde Park‚ Johannesburg on Wednesday‚ also said he has spoken to his new management about bolstering his squad with experienced players.

Morgan Shivambu‚ Mongezi Bobe and Samuel Banda were the co-coaches who‚ after the bombshell departure of Alan Clark to a club in Kosovo days before football resumed in the bio-bubble‚ steered Leopards to 15th place in the league and the playoffs.

Lidoda Duvha saw off provincial rivals Tshakhuma Tsha Madzivhandila FC and Ajax Cape Town in the playoffs to remain in the DStv Premiership.

Aussems said he will need to tap into the coaching trio’s local knowledge adjusting to South African football.

“When we began to talk with the chairman [David Thidiela] I decided not to come with my own technical staff‚” he said.

“Because we didn’t have time to lose. I came two weeks ago‚ and I wanted to work with the assistants who know the league and know the players.

“I will have the collaboration with Bobe‚ with Morgan‚ with Banda. They have done very good work and have the knowledge regarding the league and regarding the players too.”

“I came two weeks ago and we began to work twice a day because‚ as you know‚ when a new coach comes in he comes with his philosophy and expectation as well‚ and the players need to be aware of that‚” the coach said.

“So I found a group of quality players‚ with a lot of young players. But I think we are missing experience.

“So with the technical team and the board we are talking about it. Because I think with this team we need to bring two or three more players with experience.”

Leopards have applied for the coach’s work permit but he seems unlikely to be on the bench by Saturday night when the Limpopo club kick off their 2020-21 Premiership season against SuperSport United at Lucas Moripe Stadium (kickoff 8.15pm).