'I don't want to put myself under pressure' 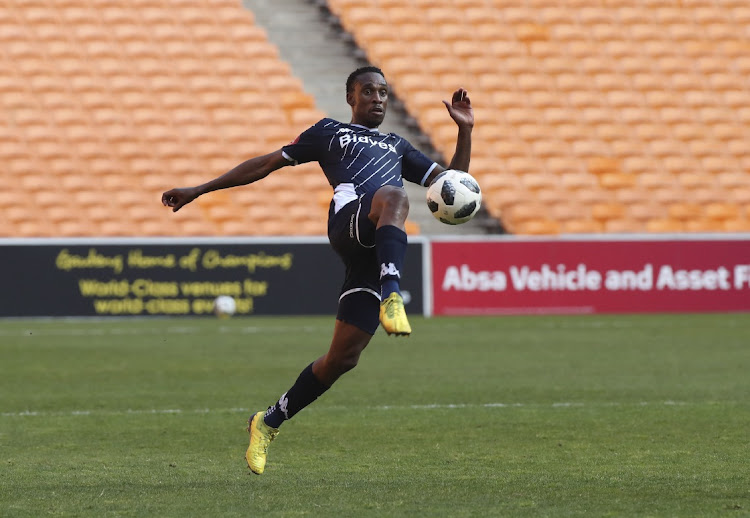 Before the start of the season, it’s the norm for strikers to come forward and reveal their goal-tally target.

However, new TS Galaxy marksman Mxolisi Macuphu has opted against this as he feels it puts strikers under unnecessary pressure. “I don’t want to set any targets because that will put me under pressure,’’ Macuphu told Sowetan.

“I did it [setting a goal-tally target] in the past seasons and other strikers still do it, but this season I will let things take care of themselves.’’

Even so, Macuphu, who joined Galaxy after the extinction of Bidvest Wits, is confident he’ll score a decent number of goals for the only Mpumalanga-based DStv Premiership outfit.

“I trust my abilities as a striker and I know I will score goals for the team. My aim is to help the team finish in a respectable position at the end of the season,’’ noted Macuphu.

The 31-year-old well-travelled striker also disclosed he had a lot of offers from various clubs, but picked the Rockets because they were “honest” when they courted him.

“Galaxy didn’t promise me earth and heaven, they told me the truth about what I should expect from them and that charmed me because other clubs were not telling me the truth when they were giving me offers,’’ said Macuphu without elaborating.

A number of off-field mishaps, including a car crash and being hijacked, during the course of the 2019/20 season, evidently saw Macuphu lose form, ending up with just one league goal from 21 outings with Wits.

“It was a tough season, especially with those misfortunes, but I have moved on. I have a purpose in life, that’s why I don’t dwell on the past,’’ said Macuphu.

The former Jomo Cosmos and SuperSport United forward would hope to spearhead Galaxy’s attack when they get their season underway against fellow rookies Tshakhuma Tsha Madzivhandila at Thohoyandou Stadium on Sunday (3.30pm).