No disciplinary hearing date yet for suspended coach 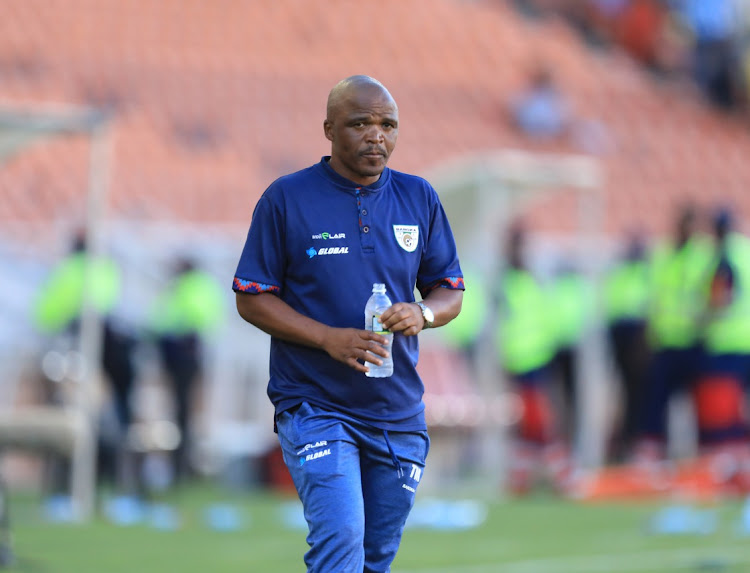 As suspended Baroka coach Dylan Kerr waits for his disciplinary hearing date to be confirmed, assistant coach Thoka Matsemela will lead them in their first game of the season.

Bakgaga will play their opening DStv Premiership game against Maritzburg United at Peter Mokaba Stadium on Saturday at 3pm.

Kerr is still on suspension for alleged insubordination, and there is no time frame for when he will resume his duties as head coach.

Bakgaga’s CEO Richard Mashabane said the coach is not allowed anywhere near the first team. He said the 53-year-old is enjoying the benefit of a full salary despite being on suspension.

“The coach has not left town and is still in Polokwane. He is waiting for the date of his hearing to be confirmed. We will communicate the date with him soon. For now, the coach must exercise patience,” explained Mashabane.

Dylan Kerr sounded disappointed soon after he was placed under suspension by Baroka FC yesterday.
Sport
1 year ago

Mashabane says that the team is getting better under the guidance of Kerr’s second-in-command. “I can tell you that we’ve played four friendly games and won all of them under Matsemela, so the team is doing well and we have no complaints,” said Mashabane.

When asked if the players are confused with the change of leadership, Mashabane said they are in a jubilant mood and cannot wait for the season to begin. “The mood in the camp is very high. We’ve won all the friendlies since Kerr stopped working. The players are happy and there is no confusion in our camp,” he said.

Maritzburg lost 2-1 against Kaizer Chiefs in the MTN8 quarterfinal at the FNB Stadium on Sunday. “We are ready for them and know that they won’t make too many changes to the team that lost against Chiefs. We are going for the three points and the players are confident of winning the game,” said Mashabane.

“We want to finish in the top half of the log next season. We are tired of being labelled as the relegation material every season.”