Downs coach sees loss as a wake up call 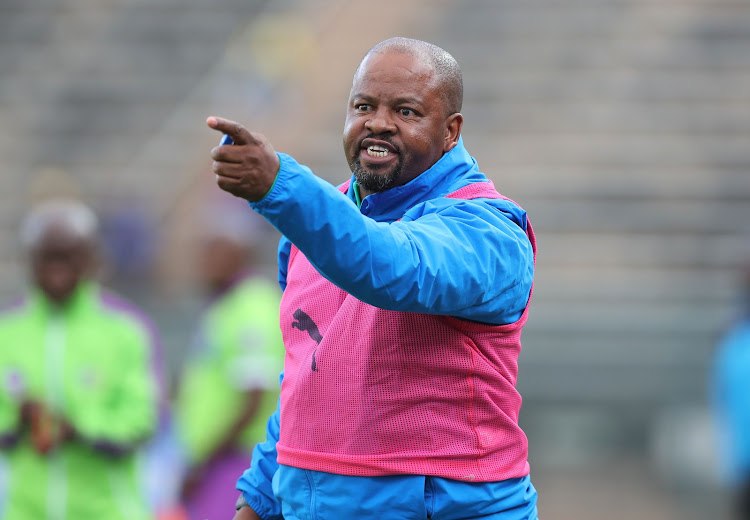 Mamelodi Sundowns’ loss to Bloemfontein Celtic in the MTN8 quarterfinals at Lucas Moripe Stadium on Sunday may have elicited fear that the club will struggle to maintain success without departed coach Pitso Mosimane.

Nevertheless, Sundowns co-coach Manqoba Mngqithi, who succeeded Mosimane jointly with Rulani Mokwena earlier this month, still cut a relaxed figure after the game, insisting there was no need to be flustered as he feels they controlled the game. Victor Letsoalo scored the goal that inflicted pain on the Tshwane giants.

“There’s no reason for me to be agitated. It’s was unfortunate of us to lose this match because I think we looked more stable. In possession we made some mistakes where we were caught on counter-attacks but we never looked like a team that was going to lose,’’ said Mngqithi.

“We had a little bit of dominance and balance in attack. We created some good moments [but we were] unfortunate to concede a foul from a situation that I thought was not even dangerous … they managed to get in between our defenders.’’

What looked like an unexpected smash-and-grab from Bloemfontein Celtic when they knocked Mamelodi Sundowns out of the MTN8 on Sunday actually didn’t ...
Sport
1 year ago

Having studied the Celtic pair’s aerial prowess before the game, Mngqithi sounded disappointed that his defenders failed to contain Letsoalo and Mzwandile Mahashe when the resultant free-kick was delivered to their box by Ronald Pfumbidzai.

“Letsoalo is always dangerous and Mahashe on the far post, so it was just unfortunate for the goal to be scored by the people we’d identified as their main guys,’’ said the Downs mentor.

Sundowns deployed a typical Mosimane XI, with only three new faces in Nyiko Mobbie, Peter Shalulile and Haashim Domingo getting to start. Mngqithi was impressed with the three debutants.

“There’s a lot of good work. I think Domingo played very well as a number 10 for us. Shalulile was a constant threat on the attack. At times he lost possession cheaply but he always looks to help the team to establish play from him,’’ said Mngqithi.

The Brazilians will hope to bounce back with a bang when they begin their league title defence against last season’s runners-up, Kaizer Chiefs, at FNB Stadium on Saturday (3.30pm).