New players fail to turn on the magic for Motsepe's boys 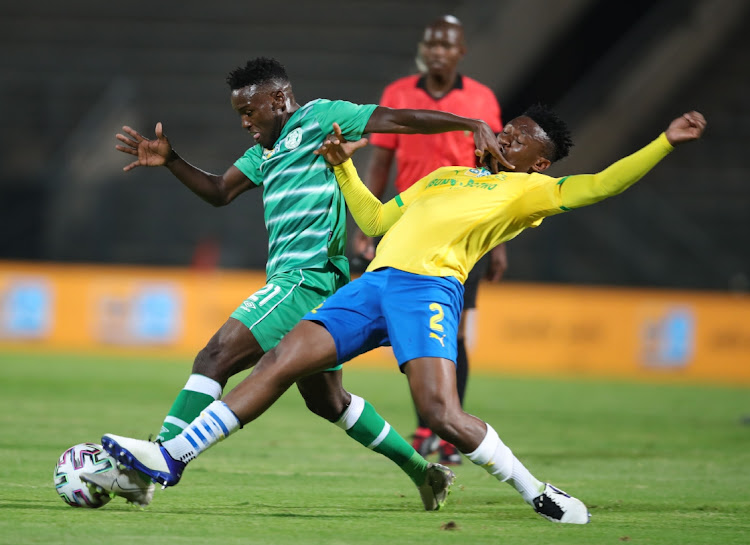 A new era without Pitso Mosimane at Mamelodi Sundowns got off to an uninspiring start as Bloemfontein Celtic dumped them out of the MTN8 via a 1-0 win in the quarterfinals at Lucas Moripe Stadium last night.

Victor Letsoalo netted the match’s only strike in the 69th minute. After conceding, Downs added more numbers upfront but Celtic managed to hold on to the lead until the end

In what was their maiden game since the departure of coach  Mosimane, who abandoned them for Egyptian giants Al Ahly earlier this month, Sundowns new co-mentors Manqoba Mngqithi and Rulani Mokwena deployed a rather usual XI, with only three new faces starting.

Joining from Highlands Park on the back of finishing as last term’s joint top-scorer, level with Orlando Pirates’ Gabadinho Mhango, on 16 goals, Peter Shalulile made his full Downs debut alongside Haashim Domingo, who was snatched from Bidvest Wits, and Nyiko Mobbie, who was recalled from Stellenbosch, where he spent the entire last campaign on loan.

Local football returned to action this weekend and Bloemfontein Celtic coach John Maduka has bemoaned the little time they had off the pitch before ...
Sport
1 year ago

Celtic dropped budding keeper Sipho Chaine for experienced Jackson Mabokgwane. Chaine, who played all the matches in the bubble, settled for a slot on the bench.

Having missed the bubble as he was stuck in his native Zimbabwe owing to strict travel regulations at the time, left-back Ronald Pfumbidzai reclaimed his berth in the Phunya Sele Sele line-up.

The Brazilians stuck to their normal approach, which is characterised by playing in compact spaces and patient build-ups. The hosts were also efficient on the flanks, with both full-backs in Mobbie and Lyle Lakay constantly whipping in crosses from the right and left wings respectively.

Mabokgwane pulled off a fantastic save to deny Gaston Sirino just 14 minutes before the end of the first half. While Sundowns were comfortable to knock it around, Celtic relied on counterattacks but that never yielded any tangible results.

The second period got off to a flying start as the very first minute of it produced a glorious chance that fell to Shalulile, who was denied by Mabokgwane.

The next mouthwatering moment arrived just three minutes before the hour-mark when Sundowns skipper Hlompho Kekana unleashed his trademark long-range shot. The ambitious effort rattled the crossbar, thanks to Mabokgwane’s slight touch.

Orlando Pirates take on Kaizer Chiefs and SuperSport will face giant-killers Celtic in the MTN8 semifinals.