Hunt admits it's been difficult to watch rivals strengthen 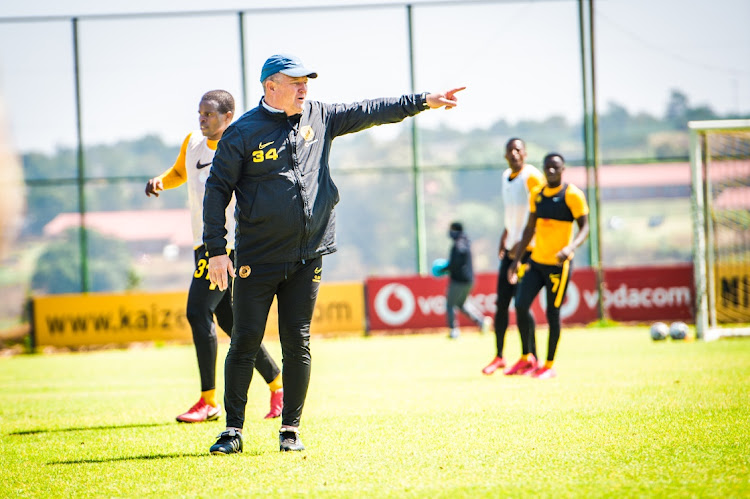 Kaizer Chiefs coach Gavin Hunt has challenged his players to prove that they can do better than last season by winning titles.

Chiefs are desperate to end Mamelodi Sundowns' dominance in the Premier Soccer League (PSL), but their plans are disrupted as they cannot register new signings.

They are still waiting to see if their appeal against the two transfer window ban is lifted by the Court of Arbitration for Sport (CAS), so they can start signing players.

They have been watching their rivals in the thick of transfer business as they anxiously await the outcome of their petition.

Hunt admitted yesterday that it has been difficult to watch rivals strengthen their squads while they can’t do anything.

“We got a squad that did very well last year, very unfortunate. So we will try to work with that and, hopefully, the ruling will be made sooner rather than later,” Hunt told the media yesterday ahead of his side's MTN8 match against Maritzburg United at FNB Stadium on Sunday (3pm).

New Kaizer Chiefs coach Gavin Hunt has said he wants to get playmaking star Khama Billiat “playing in the right areas” to get the under-performing ...
Sport
1 year ago

“It is very difficult to try and sign players and promise them that the ban will be lifted. That's very difficult from that perspective. If you look at the flip side, I think it is important for a lot of players who were here last year to prove again that they can do it.

“That’s an opportunity. It is the same squad, no new or players who have left. Players must realise that this is an opportunity to prove again that they can do it if they want to do it.

“You see daily players going around [to other clubs] because they cannot sit and say Kaizer Chiefs will sign them.”

Hunt remains optimistic, however, that with the squad he has, they can end the club's five-year trophy drought and end Sundowns' dominance.

“I know the history of the club. The power has shifted a little bit up north, and they [Sundowns] have been successful there, so we need to try and get back into that frame, back into the mix,” Hunt said.

“You can see the competition is getting tougher. Certainly, a lot more teams are challenging for titles now and we certainly need to get back there.

“It will take a lot of hard work. They were so close last season to winning the league, so we need to try and get ourselves in a similar position again and see where we end up.”

On Sunday against Maritzburg, Hunt will be without Samir Nurkovic and Leonardo Castro who are both injured.