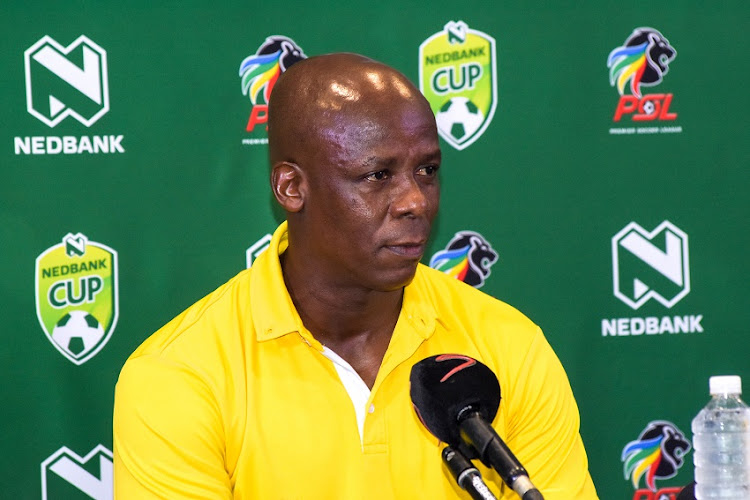 Lamontville Golden Arrows have confirmed Mandla Ncikazi as their new head coach‚ replacing Steve Komphela‚ who left the Durban side this week to join Mamelodi Sundowns as a ‘senior coach’.

Ncikazi‚ the 51-year-old former defender of the now-defunct African Wanderers‚ will work with the club’s former striker Mabhudi Khenyeza‚ who was unveiled this week as the new assistant at Arrows.

Ncikazi has been around as a coach for over 10 years in the Premier Soccer League‚ mainly acting as the assistant at a clubs including Arrows‚ Maritzburg United and Free State Stars.

“Our journey continues with Mandla Ncikazi taking over and keeping the mission and vision of the club on track. Sthende Nation let’s welcome our new Head coach Mandla Ncikazi‚” Abafana Bes’thende tweeted on their official Twitter account on Thursday morning.

Ncikazi was Komphela’s assistant at Arrows in the past two seasons and helped the club finish 10th in the Premiership in 2018-19 and 12th in the 2019-20 campaigns.

It will be interesting to see how Ncikazi fares given the fact he’s never been a head coach of any club before‚ and his assistant Khenyeza was only a head coach at TS Galaxy in the second half of last season’s GladAfrica Championship‚ his first coaching job after recently retiring from playing.

Arrows also announced on Wednesday that Orland Pirates players Mthokozisi Dube and Gladwin Shitolo are among those who will be joining hem on loan in the coming 2020-21 season that kicks off with the MTN8 quarterfinals this weekend.

Shitolo was also on loan at Arrows last season and Dube was not a regular at Bucs last season‚ which explains his move to the coastal club.