Maritzburg keen to exploit any frailty, in MTN8 quarterfinal clash 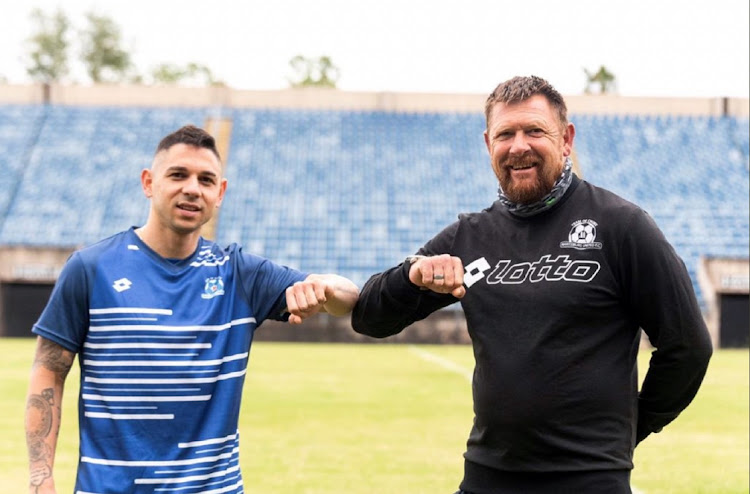 Maritzburg United coach Eric Tinkler harbours a feeling that Kaizer Chiefs’ bitter end to the past season still lingers in their minds, hoping that can give the Team of Choice an edge.

Chiefs and Maritzburg will get their season under way when they trade blows in the MTN8 quarterfinals at FNB Stadium on Sunday (3pm).

Amakhosi may boast a new coach in Gavin Hunt, who will make his debut on the day, having replaced Ernst Middendorp last month, but Tinkler reckons they haven’t healed from the heartache of losing the league title on the last day of the season. He intends to capitalise on this.

“That’s the hope. But I think obviously we’d only really know what state they are in psychologically when the referee blows that [first] whistle,’’ said Tinkler during a virtual media conference yesterday.

Drawing their last game of the season 1-1 with Baroka, while Mamelodi Sundowns thumped Black Leopards 3-0, saw Chiefs surrender the title to the Brazilians.

Falling at the last hurdle prompted Chiefs to fire Middendorp and hire Hunt, who had been jobless after Bidvest Wits sold their status to Tshakhuma Tsha Madzivhandila.

Under the German, Chiefs relied heavily on set-pieces for goals and Tinkler strongly believes Hunt won’t change the set-plays approach. “I think last season Chiefs were very good, particularly on the set-pieces and under Gavin that’s going to continue, if not get better,’’ asserted the Maritzburg mentor.

Tinkler also confirmed his first-choice goalkeeper Richard Ofori was locked in negotiations with Orlando pirates, however, he insisted he was still a Maritzburg player.

“Richard is in negotiations with Pirates but as we stand right now, Richard is still a Maritzburg player ... discussions are taking place between Pirates and Ofori,’’ Tinkler revealed.

“He’s an intelligent footballer, so he fits perfectly into the way I want us to play. When I heard about his availability I spoke to my chairman about the possibility of us getting him and a lot of credit needs to go to my chairman for managing to bring the boy here,’’ said Tinkler.

SA football fans have much to salivate about as the MTN8 quarterfinals sprung some interesting encounters that will feature Kaizer Chiefs' date ...
Sport
1 year ago
Next Article