Dance feels he can bring best out of Mlambo 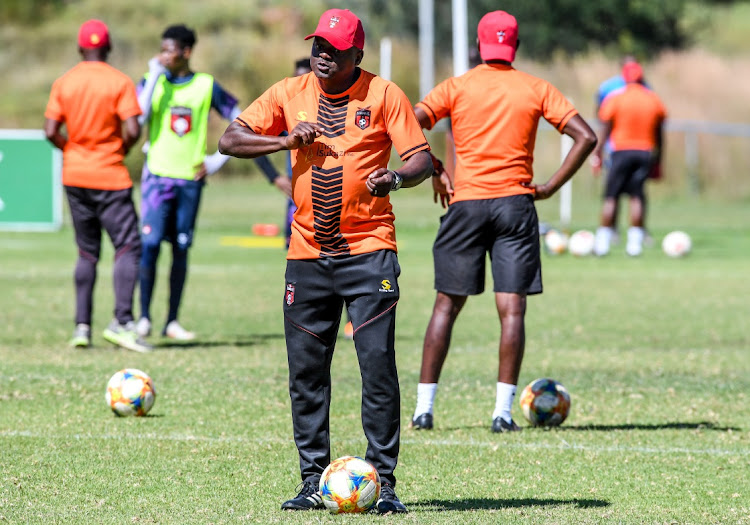 TS Galaxy coach Dan Malesela feels he holds the key to Xola Mlambo’s success as he  understands how to play him better than anyone.

Galaxy are battling with AmaZulu for the services of the talented midfielder who was released by Orlando Pirates last week.

Malesela got the best out of Mlambo during their time at Chippa United and Cape Town All-Stars in the past.

Having watched the 29-year-old at Bidvest Wits and Pirates, Malesela said those teams failed to use him to his strengths, and feels he will get the best out of him again should he join Galaxy.

“The fact that he moved to two different clubs and he did not become a regular tells me that people don’t understand him,” Malesela said during the online virtual conference with the SA Football Journalists' Association (Safja) yesterday.

TS Galaxy owner Tim Sukazi has given his blessing to former head coach Mabhudi Khenyeza to take up an assistant position at Lamontville Golden Arrows.
Sport
1 year ago

Nevertheless, Malesela is happy with the team he has assembled and he believes they are capable of finishing in the top eight in the new season.

“The first thing was to assemble the right squad, get the right personnel because sometimes we mess up in terms of identification,” Malesela said.

“For me, when I have the opportunity, I must use the experience. I’m always one person who is building players.

“I hardly get into the club where there is a lot of leadership; I have to build from scratch. So what has been key is to get the right personnel and balance in all positions. We may not achieve everything because some players are not available but now we have a balance and we want to have a team that will compete, not just add numbers.”

The 55-year-old emphasised that their mandate is to finish in the top eight after they set the bar high when they won the Nedbank Cup last year while they were campaigning in the GladAfrica Championship.

“Experience has shown me in this league that if you fall out from the top eight, you will have a challenge. We rather be in the top eight so that we can give ourselves a better chance to finish in a good position, and you don’t find yourself having to fight relegation.”