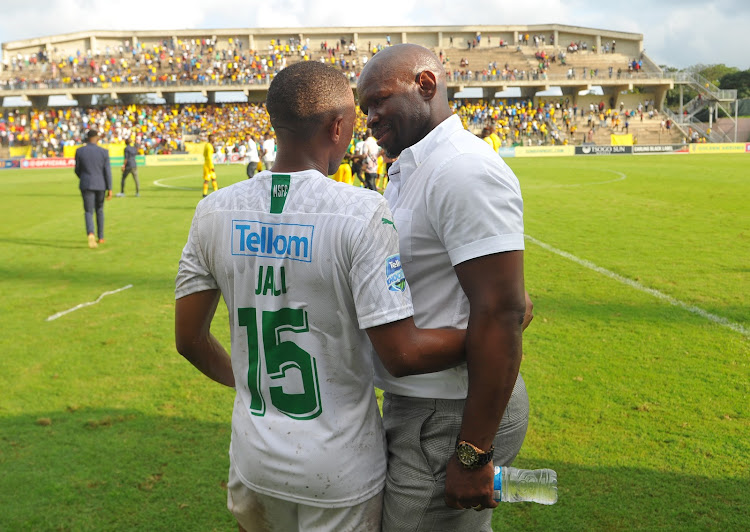 Steve Komphela has hit the ground running hard at Mamelodi Sundowns after he was introduced to the players and the members of the technical team on the same day as he announced his arrival at Chloorkop on Monday.

The former Kaizer Chiefs coach wasted no time in making himself at home at the league champions and immediately put on the Brazillians colours‚ joining joint-coaches Manqoba Mngqithi and Rulani Mokwena for his first training session with Sundowns.

The 53-year-old former Bafana Bafana coach announced his arrival at Chloorkop with a statement he issued himself on Monday morning.

The statement lacked transparency on what the description of “senior coach”‚ as he described his new role at he club‚ will entail.

But TimesLIVE understands Komphela’s title will not necessarily be that of an assistant coach or be referred to with that name. He joined as a “senior coach” and will report to joint-coaches Mngqithi and Mokwena.

Mngqithi was afforded the privilege of having the final word should there be an issue they cannot agree on with Mokwena when Sundowns announced their appointment last week.

Komphela did not reveal the length of his contract with Sundowns.

He has coached as many as seven clubs in the Premiership in the last decade having mentored Free State Stars‚ Platinum Stars‚ Maritzburg United‚ Chiefs‚ Bloemfontein Celtic before joining Lamontville Golden Arrows in December 2018.

Komphela got his biggest coaching gig in club football when he joined Chiefs on a three-year contract in 2015.

Having failed to win any trophy since his arrival at Naturena‚ he was forced to resign before the end of his contract after the Chiefs fans launched a violent attack at him at the Moses Mabhida Stadium in April 2018.

Violence erupted at the end of Chiefs' 2-0 Nedbank Cup defeat against his former club Free State Stars and the fans stormed the pitch after the final whistle‚ on a night that also cost Komphela his job.

He announced he was quitting minutes after the match ended in the post-game press conference.

The hooligans who invaded the pitch attacked security personnel with plastic chairs‚ damaged advertising boards and flattened a steel barricade that was meant to keep supporters off the field.

He joined Celtic in July 2018 but the financial struggles at the Bloemfontein club saw him stay just six months before moving to Golden Arrows.