Will Sundowns face Chiefs on the opening day of the season? PSL says list doing the rounds is just a draft 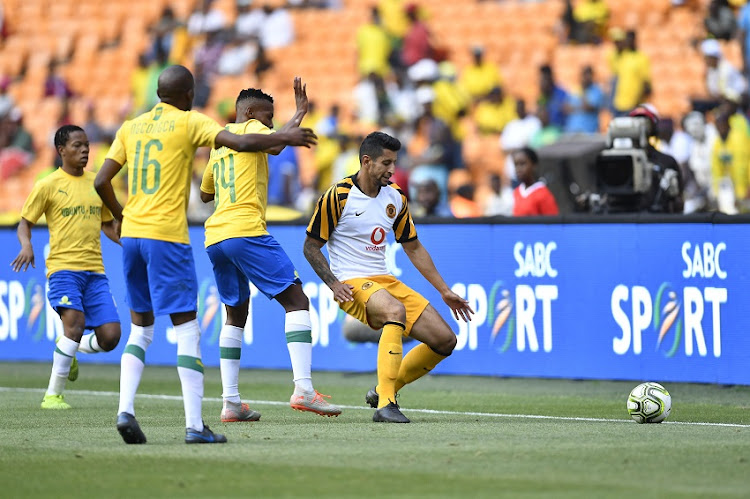 Local football fans are rubbing their hands in anticipation of a blockbuster opening day of the new Premiership season after a leaked fixture list claimed the campaign would kick off with a mouthwatering showdown between champions Mamelodi Sundowns and rivals Kaizer Chiefs at FNB Stadium on Saturday October 24.

The list further claims that Orlando Pirates will travel to Kings Park to face AmaZulu on the same day while newcomers Tshakhuma Tsha Madzivhandila FC (TTM) and TS Galaxy face off at Thohoyandou Stadium on the following day.

The fans took to social media to register their excitement after the list became public and they are already counting the days ahead of a meeting between the Brazilians and the team they pipped to the finish line on the final day of the season last month.

But the Premier Soccer League (PSL) told TimesLIVE on Wednesday morning that the list doing the rounds was merely a draft that was sent to the 16 Premiership clubs for comment and it could change drastically before the start of the season later this month.

“We’ve seen the fixtures being circulated in the social media space. As the PSL we can safely say those are not the final fixtures of the two opening rounds of the 2021/21 DStv Premiership.

“Once the clubs have come back to us we’ll then release the official statement on these fixtures‚” said PSL communications department official Fhaṱuwani Mpfuni on Wednesday.

Mpfuni said those who leaked the list are mischievous and they could be left with egg on their faces as “there could be huge changes” to the final fixture that will be released by the PSL.

The leaked fixtures left football fans gasping for air in anticipating of the bumper match as the two giants from Soweto and Tshwane have made changes in their coaching departments during the short off-season break.

Fiery German mentor Ernst Middendorp was fired by Chiefs in September after losing the league title to Sundowns in the final 30 minutes of last season‚ while the irrepressible Pitso Mosimane quit the Pretoria side to pursue his dream of coaching Africa’s club of the century Al Ahly.

Mosimane had led Sundowns to their third league title in a row and 10th overall since the inception of the PSL in 1996 before his departure to Egypt.

Former Wits coach Gavin Hunt is now at the helm at Chiefs and if the League does not effect any changes on the draft list‚ he is set to face new Sundowns co-coaches Manqoba Mngqithi and Rulani Mokwena in a potentially explosive encounter.

A positive result in a match of this magnitude so early in the campaign would set the tone for Chiefs as they will be desperate to erase the heartbreak of leading the race for almost the entire season only to give up the title with the finish line in sight.