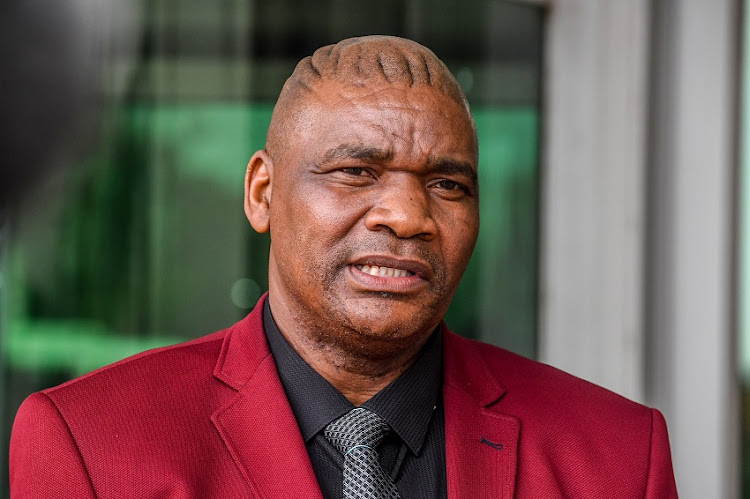 Bafana Bafana coach Molefi Ntseki is already looking beyond the international friendlies against Namibia and Zambia at the Royal Bafokeng Sports Palace this week.

While the Namibians and the Zambians are Bafana's immediate challenges on Thursday and on Sunday afternoon respectively‚ Ntseki is already thinking about next month's crucial back-to-back Africa Cup of Nations qualifiers against islanders Sao Tome & Principe.

“As much as these two friendlies are important‚ (it is the) Sao Tome match (that is more important).”

The outcome of the meetings against Sao Tome are crucial if Bafana are to qualify for the 2021 Afcon in Cameroon‚ a tournament that was part of the mandate issued to Ntseki by his South African Football Association employers after he succeeded Briton Stuart Baxter late last year.

Ntseki served as Baxter’s right hand man when Bafana plodded along during the qualification programme for Afcon 2019 after failing to beat Seychelles‚ drawing 0-0 away from home despite trashing the islanders 6-0 in the home encounter.

That left Bafana with the unenviable task of beating a much stronger Libya (2-1) away from home in the final fixture. It was largely thanks to Percy Tau‚ who scored the two goals‚ that Baxter’s team made it to Egypt where they lost to Nigeria in the quarterfinals.

Bafana have already lost one fixture against Ghana in their opening 2021 Afcon qualifier but they managed to bounce back and beat Sudan 1-0 at home to remain on course to securing a qualifying berth to the 24-team tournament in West Africa.

And with regards to Thursday's outing against Namibia‚ Ntseki said he expects a tough day at the office.

“They play with a lot of enthusiasm and motivation whenever they play against us. We’re expecting a very tough match and I think over the past few days and weeks you’ve seen Namibian players making big moves (in the PSL).

“So you can see that their players are really doing well. Like I said‚ they’re a hard-running team and that’s why we felt they’ll give us what we’re really looking for when we talk about the tactical elements of the game.

“You need to have strong opponents and they did well against us in Egypt (in the Afcon) with a margin of one goal.

“So it will be a very tough and interesting match that will really help us to prepare for Sao Tome.”

The Namibians are ranked 117th in the world and 29th on the continent‚ and Bafana have beaten them seven times in the previous ten meetings.