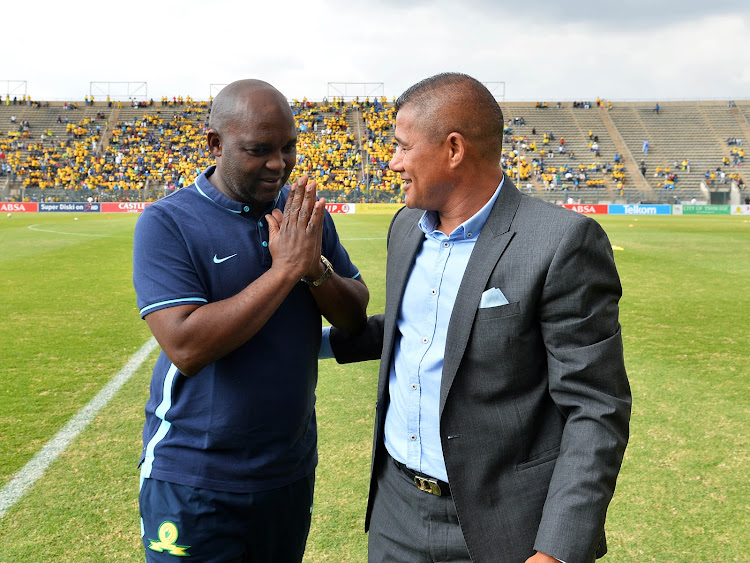 Giants take gigantic step. This is how best one can describe the move by accomplished football coach Cavin Johnson

Johnson has joined equally successful coach Pitso Mosimane who has already registered a win in his first assignment with Al Ahly in the Egyptian Premier League on Sunday.

“We’ve talking about it for two days now and yes I have joined Pitso as his assistant coach at Al Ahly,” confirmed the 61-year-old mentor who has been out of the job since parting ways with Black Leopards in February.

Johnson had success with a number of Premier Soccer League clubs, including the now-defunct Platinum Stars. Johnson, who has talent to spot untapped talent including Steven Pienaar, added: “I am up to the challenge and remember that I have been out of the business for some time now.

Joining Al Ahly – the Club of the Century in African Football - is an honour, really, for me. Yes, it is going to be the challenge for us but  I trust my football. I have been as assistant coach before at Sundowns and Platinum Stars, so I know what it takes to be in that position and most importantly what is required of you.

Pitso Mosimane has faced his first press conference as the new coach of Al Ahly‚ saying he understands completely the magnitude of the job he has ...
Sport
1 year ago

Despite enduring a challenging time in his last few months as Mamelodi Sundowns coach and once again emerging victorious, it was about time Pitso ...
Opinion
1 year ago

Al Ahly are among world’s most successful clubs and they have won the Egyptian League an incredible 41 times with Zamalek having won the title the second most times with 12. Johnson comes at the right moment just when Mosimane has already registered victory with his new team.

“Jingles”, as Mosimane is affectionately known in football circles, left the football giants in a shocking move five days ago and joined the Egyptian giants two days later in a two-year deal.

It is reported that Mosimane had targeted Rhulani Mokwena but the latter is said to have rejected the move and instead pledged his loyalty to the Brazilians. For the record Mokwena and Manqoba Mngqithi were on Sunday appointed by club owner Patrice Motsepe to take charge of the PSL champions.

Johnson, who came under the tutelage of the late Ted Dumitru before accepting the head coach role at Platinum Stars in 2012, mainly worked as youth and assistant coach for various clubs in SA, Ajax Cape Town where he worked in their development.

In his first season as head coach, he led Stars to a second-place finish in the PSL and subsequently joined SuperSport United to replace the Gavin Hunt. Jonson managed United between 2013 and 2014 for 39 matches.

After being sacked by United, he returned to Stars in 2015 and guided the club to third-place finish in the league in the 2015/2016 season. After a ninth-place finish in 2016/2017, Johnson left Stars when the club decided not to renew his contract. He has also worked with Leopards and AmaZulu.

PODCAST | From Cape to Cairo, Rhulani on Pitso​