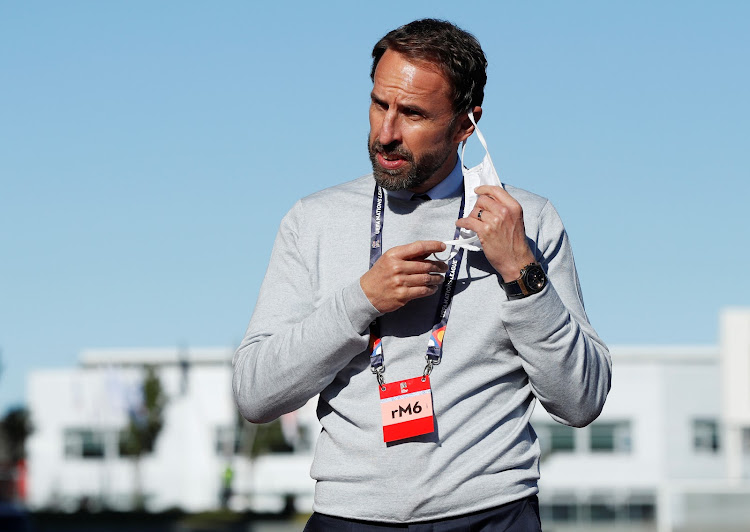 Gareth Southgate takes off his mask before the match after a match.
Image: REUTERS/John Sibley

England boss Gareth Southgate says he should have kept his "mouth shut" instead of criticising his predecessors Kevin Keegan and Sven-Goran Eriksson, having now understood the rigours of the national team job he took up in 2016.

In a book he co-authored with former player Andy Woodman, Southgate was critical of both managers' tactics and style.

But he has changed his tone having been on the receiving end of criticism after recent results.

England scraped past Iceland last month thanks to a stoppage time penalty in a 1-0 win before an uninspiring 0-0 draw against Denmark in the Nations League raised questions about Southgate's tactical acumen and overly cautious approach.

"The first thing to say is that when you start to manage, you realise that as a player you shouldn't write autobiographies in that way because you don't really know the complexities of the job," Southgate said.

"Although I enjoyed the book... I look back and regret criticising people who I shouldn't have criticised. I should have kept my mouth shut.

"I think Kevin is a special person, who I loved working with.

"I now know how difficult the job he had was... I did also say some things about Sven in the book that were unfair.

"I now know his style was unique to him, and that's how he had to be."

In his own defence, Southgate said a number of teams were struggling to overcome difficulties caused by the Covid-19 pandemic, which saw the Euros postponed to 2021 and hampered preparations after last season's club football extended right into the summer.

"I'm seeing the most successful managers in the world heavily criticised on the back of a couple of performances. It's the world we live in," he added.

"I believe we have made progress since I've been involved.

"We have proved we can be tactically adaptable, and I am still enjoying it, but the last England get-together was really complicated and challenging."

England play Wales in a friendly on Thursday followed by Nations League fixtures against Belgium (October 11) and Denmark (October 14).