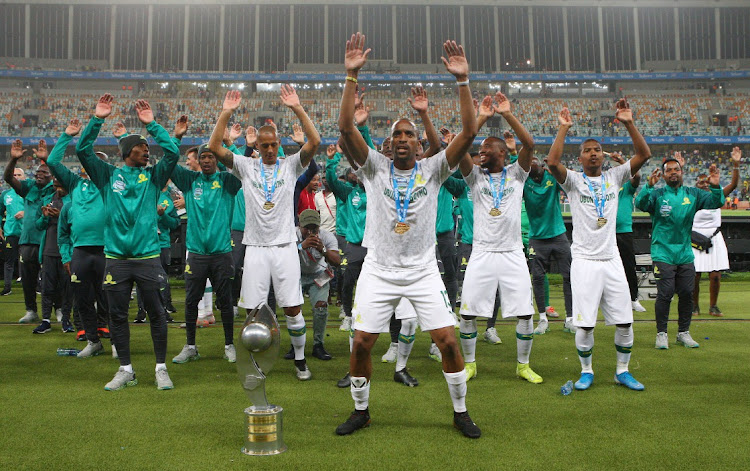 Telkom's decision to pull out of the Premier Soccer League's list of sponsors has been met with mixed reaction by coaches.

PSL chairman Irvin Khoza confirmed yesterday that the Telkom Knockout will not be played in the new season, after the telecommunications giant opted out of the sponsorship after 14 years.

With the new season set to start on October 17, with MTN8 competition to kick-start the proceedings, Khoza said it was a blessing in disguise that they won’t have the competition this year.

“It gives us the dates to congest the fixtures the best way we can to finish the season latest early June,” Khoza said yesterday.

“Telkom has been a very good sponsor of ours but they are out. I can announce that next season somebody will take up space in that competition. This year we didn’t want to have that space because of the congestion that we’ve already experienced.”

Tinkler said it is a bad idea as the league will be losing money from not having a replacement for the competition.

“I think that shows you what just happened because of the coronavirus,” Tinkler told Sowetan.

“I think it is a bad thing because it means less sponsorship to the league. You are losing a cup competition.”

Tinkler, who reached the final of the TKO last year but lost out to Mamelodi Sundowns, did admit that in terms of fixture congestion it will help not having this competition.

The Covid-19 pandemic has forced the Premier Soccer League to tighten its belt.
Sport
1 year ago

“It is one competition less and probably because we are moving into October already and the league hasn’t started that helps with fixture congestion if you look to try and complete the league by June. I think it does help us to a certain degree.

“But is it a good thing? I don’t believe it is. The fact that we don’t have Telkom helps but as I said, that’s not a good thing because it’s a big financial loss to the league."

Malesela believes it is a good thing for the league not to have this competition this year looking at the fact that the season will start late.

“For now considering the situation, the lesser you have the competitions the better. Otherwise, you will have a big congestion of fixtures,” Malesela said.

“You don’t want to find yourself stretching players like that, I think for now it is a good thing that it has happened.

“Until things are normal then we get to the other season, 2021/22, maybe we can try and find something in between, but for now I think it is a good idea to reduce the number of games.”

Meanwhile, Khoza also confirmed that the winner of the DStv Premiership will get R15m next season. This is the same money Mamelodi Sundowns got from winning the league this year.