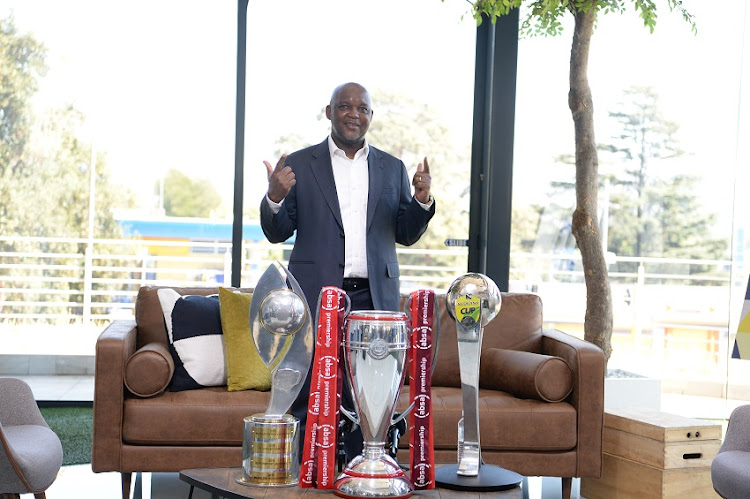 Former Mamelodi Sundowns midfield star Bennett Mnguni has said that the resignation of coach Pitso Mosimane is a huge blow to the club.

Mosimane, who has brought unrivalled success to Sundowns over the past seven years, including the Caf Champions League and five league titles, has resigned from the club to take over at Egyptian giants Al Ahly.

“In my view, I think it’s a huge loss for Mamelodi Sundowns because he brought so much success to the club and we wanted somebody that we can keep for many years like Alex Ferguson,” Mnguni, who played for Sundowns in two stints between 1998 and 2006, said.

“After he signed a contract extension earlier this year, I really thought he was going to stay for much longer. This situation is like that of a player who gets a good offer overseas - even though your team is performing and you are the one who was helping them, you have to take a decision.

"It is similar to what happened to me when I left Sundowns - if there is a better offer elsewhere you make the move.”

Mnguni, who played in the Uefa Champions League for Russian side Lokomotiv Moscow and was coached by Mosimane as a junior at Sundowns, said going to Egypt is a stepping stone to Europe for the coach.

“Going to a big club like Al Ahly gives him a chance to be exposed to the European market. Who knows, he may interest one of the bigger teams there.

“It’s a dream for anyone in this business of football to grow and move to bigger clubs. I think this move is a stepping stone because some of the teams in Europe will see that he is not only a local coach.

“They will see that he is somebody who wants to grow and he has challenged himself by getting out of his comfort zone to a country with a different culture and way of doing things. It’s a loss for the club but we cannot stop him from growing.”

Mnguni said he is not sure who should take over from Mosimane but priority must be given to the coaches who worked with Downs' boss.

“I don’t want to mention any names in this regard but those who are left at the club must be given a chance. They have been around the club for a while - I can say that they know everything about the club and the players understand them.

“This can also be an opportunity for someone like me to go there as an assistant-coach to learn from whoever is the coach. I know the philosophy of the club having played for the club, I know the team very well and I think it’s a matter of time that people like us are given chances - but it depends on the management.”