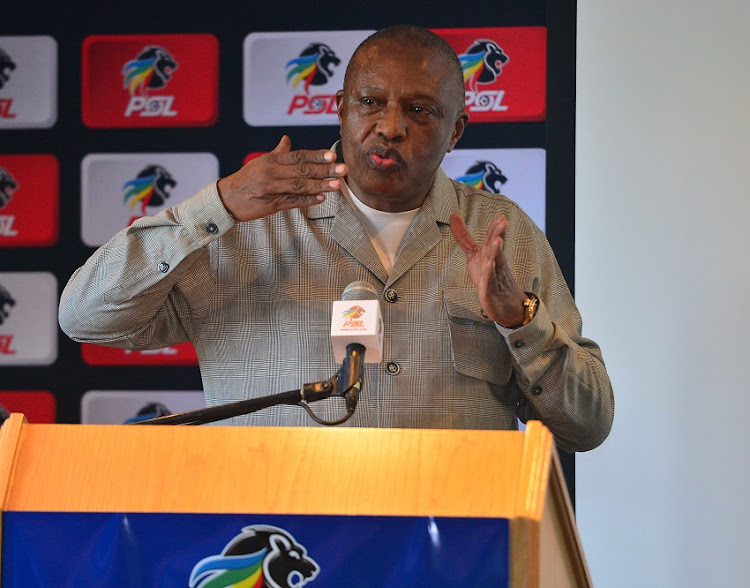 The 2020-21 season will kick off on October 17 with the MTN8 cup competition‚ and then the DStv Premiership on October 24‚ Premier Soccer League (PSL) chairman Irvin Khoza has announced.

The two-month late kickoff – normally a PSL season starts in August – follows the late conclusion in September to the 2019-20 campaign due to the effects of a four-month suspension of play in response to the Covid-19 pandemic.

Khoza explained that a tentative initial start date for 2020-21 of October 9 had been set before the Fifa international dates of October 7 to 15 had been revealed to the PSL.

“I know that we left one or two things hanging. We announced that the fixtures would commence on October 9‚” Khoza told a televised press conference on Wednesday.

“When we did that it was before Fifa issued their calendar dates.

“ ... The start date is October 17 with the MTN8 competition. The DStv Premiership will start on October 24.”

Due to soaring numbers in confirmed cases at the time of Covid-19‚ the 2019-20 Premier Division and GladAfrica Championship seasons were completed in a Gauteng biologically safe environment‚ or bio-bubble.

Khoza said the PSL are awaiting the directives from the government on how the 2020-21 season can take place at the clubs’ home grounds.

“We know that we were working under other rules of the bubble‚ and that the reality is different now in that the teams are now moving‚ and inter-provincial movement has been okayed‚” he said.

He confirmed the DStv sponsorship is a five-year deal‚ and that the prize money for the Premiership will be the same for 2020-21 as in 2019-20.

The 2019-20 first place prize money was increased from R10-million to R15-million‚ and Khoza said it was :too soon” to raise it again.