Shalulile‚ Zwane‚ Nurkovic – who will win PSL Player of the Season? 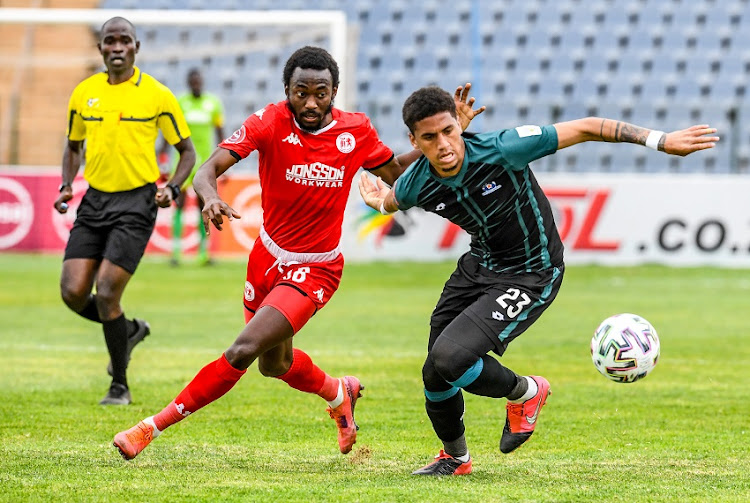 That there were lots of goals scored‚ and a number of candidates for PSL Player of the Season‚ signals that the last Absa Premiership campaign to have that sponsorship title was a good one despite the havoc wreaked by Covid-19.

The 2010s had a good end in terms of scoring‚ with two players – Orlando Pirates’ Gabadinho Mhango and Peter Shalulile of Highlands Park‚ both on 16 – managing to break the mythical 15-goal barrier in 2019-20.

Last season Mwape Musonda’s 16 goals was just the third time in the decade a player had broken 15‚ and‚ in stark contrast to 2019-20‚ the next-best was a group of three players on nine.

With such a radically altered scoring landscape‚ it is not surprising then‚ too‚ that there are – again‚ in contrast to some of the past PSL seasons – a number of names who could be considered leading candidates for Player of the Season.

The 26-year-old Namibian scored 16 goals for a mid-table team – Highlands finished ninth – who had the distraction of “for sale” signs in 2020‚ and were then even sold at the end of the campaign. Along with his goals‚ plenty of assists and class around the area earned him a transfer to Sundowns and certainly singles him out as a favourite for Player of the Season.

‘Mshishi’‚ at 31‚ filled the role that past stars to have moved on such as Khama Billiat‚ Keagan Dolly and Percy Tau have as Sundowns’ most influential player in this season’s “La Decima” of the 10th championship stolen on the final day of the season from Kaizer Chiefs. As Downs clawed their way back from 13 points behind in early December‚ Zwane was consistently a match winner‚ and also produced big‚ crucial‚ match-winning goals.

Manyama was injured for much of a 2018-19 season where Chiefs managed a dismal ninth position. His return and form converted to a central midfielder – a contribution of majestic passes‚ six crucial goals‚ and of course the Swiss watch accurate set-pieces that found Nurkovic and Leonardo Castro to score a lot of goals – was immense in Chiefs leading until the final day in 2019-20‚ and ending runners-up.

Mhango’s purple match from just before and then the two months after Christmas – having scored four goals until November‚ Mhango scored 10 in eight to race to the top of the scoring charts – saw new coach Josef Zinnbauer get off to a flier‚ and lifted Bucs from their mid-table doldrums. His consistency on either side of that run of form still raises some question marks‚ but Mhango’s 16 strikes were the most influential factor in Pirates ending third.

By rights‚ the 29-year-old who finally joined a club permanently last season having previously been perennially loaned-out from Sundowns – should be right up there for Player of the Season. Ntuli scored 13 of AmaZulu’s 20 goals as they pulled away from inside the bottom two to finish 13th and survive relegation. More remarkably‚ by January Ntuli had scored 10 of AmaZulu’s 11 goals. Without him‚ it is safe to say they would have been relegated‚ or at least condemned to the playoffs.

Nurkovic’s goals‚ with Manyama’s form and supply‚ which the Serbian duly fed off‚ were the key difference in a Chiefs who finished ninth in 2018-19 leading the Premiership until the final day of 2019-20. Nurkovic took to the PSL with speed and comfort signing from Komano FC in the Slovakian second division. His physical presence and strong finish were hugely influential. When he scored freely‚ Chiefs won freely.

Who else but Sundowns’ captain fantastic – who has achieved it all at the Brazilians – could have led such an inspired comeback as Downs’ recovery from 13 points back from Chiefs in December to clinching La Decima on the last day? In doing so‚ ‘KK’ is again mentioned among the front-runners for PSL Player of The Season. At 35‚ his performances in Pitso Mosimane’s midfield were as forceful as ever‚ largely playing the more advanced role in front of Rivaldo Coetzee.