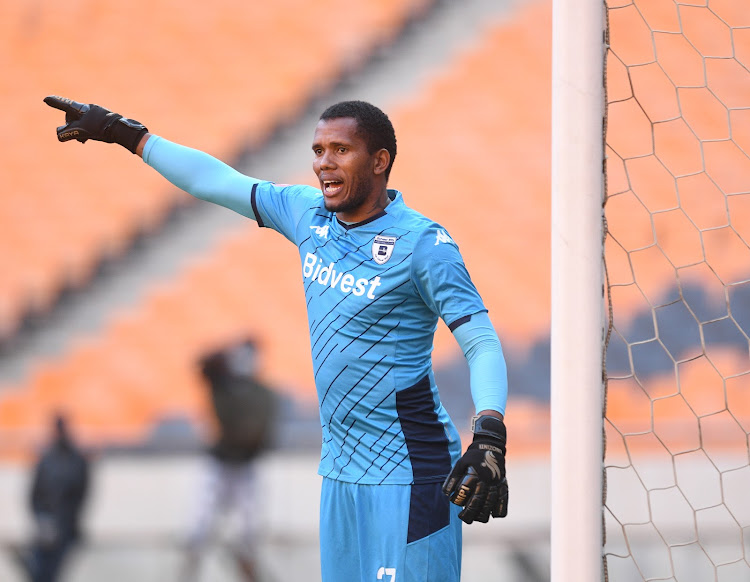 Mamelodi Sundowns goalkeeper Denis Onyango has warned incoming Ricardo Goss from Bidvest Wits that competition for starting places is going to be fierce at Chloorkop next season.

Goss joins the Sundowns goalkeeping department that boasts Onyango‚ Kennedy Mweene‚ Reyaad Pieterse and Jody February‚ who is arriving back from a loan spell with GladAfrica Championship side Cape Umoya United.

“It’s going to be highly competitive among us goalkeepers but I believe he has the ability to add value to the group while learning and us learning from him‚” said Onyango‚ who has established himself as the undisputed Sundowns No.1.

“We have Kennedy‚ Reyaad‚ the young Abram Ngcobo and Jody is arriving from loan but I know that everyone is going to give their best because it is about the team and not the individual.

"It’s not about who is playing but the most important thing is about the team achieving its goals.”

Last season‚ Goss was almost ever-present for coach Gavin Hunt with 37 appearances in all competitions‚ and where he kept 15 clean sheets and conceded 32 goals‚ Onyango believes the 26-year-old is going to add value.

“I believe he has the ability to come in and do well for us‚ and we will learn from each other because learning never stops. I think his move is good for the club because I believe he has quality.

“He did well for Wits when we were in the bubble by conceding few goals and he’s also done well for himself. He also did well for them throughout the season and he is a reliable goalkeeper.

“He is welcome at Sundowns and when he comes through he has to fight for his place in the team.

"It will be a different environment for him at Sundowns but we will be there to help him acclimatise because at some stage we were also new at the club and there were people who helped us stabilise.

“It’s a new challenge for him and there is a little bit of difference between Wits and Sundowns and he must come and work hard and help to take the team to the next level.”