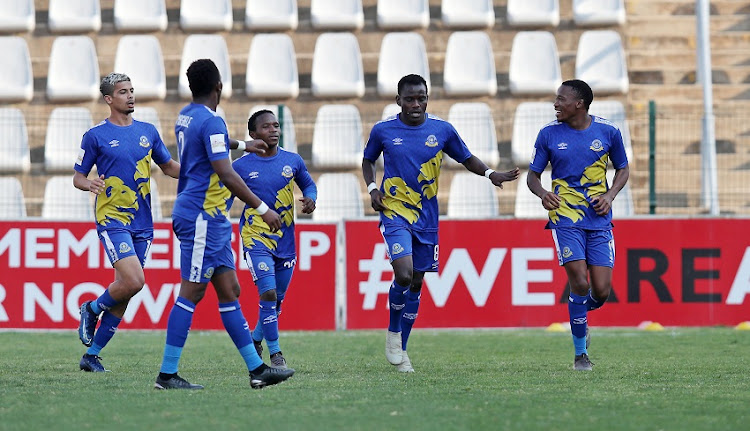 Tshakhuma Tsha Madzivhandila (TTM) has strongly dismissed suggestions that a statement by the club congratulating rivals Black Leopards after they lost to them last weekend had a hint of match-fixing.

TTM‚ Leopards and Ajax CT are currently battling it out in the promotion and relegation play-offs to earn the right to play in the topflight next season.

On Saturday they were beaten 3-1 by Leopards but TTM raised eyebrows when they issued a statement congratulating their conquerors Lidoda Duvha for the crucial three points that took them to the top of the play-offs standings.

“Tshakhuma Tsha Madzivhandila Football Club would like to congratulate Black Leopards Football Club on their victory today. If you can’t beat them‚ join them. You are almost back in the PSL League. All the best on your remaining matches‚” read TTM’s letter after they lost to Leopards.

Asked about the unusual letter that has since been removed from the club’s official Twitter account‚ TTM public relations officer Tshidino Ndou Ndou said it had nothing to do with match-fixing. It argued that it was friendly banter between TTM and Ajax Cape Town.

“If you go back to how Ajax CT have been mocking us and so on‚ it is payback time and it has got nothing with match fixing. When Ajax defeated us in this play-off‚ it was not match fixing but when Black Leopards defeated us its match fixing? Leopards went on to defeat Ajax‚ is that also match fixing or Ajax sold the game to Leopards?‚” Ndou asked.

Ndou said they could not have given Leopards the points on a silver platter because they also want to be promoted to the PSL.

“Are people aware that if we beat Ajax (on Tuesday)‚ we stand a chance of gaining promotion. This means that we will have to rely on Ajax to beat Leopards‚ and then we must beat Leopards in our last game to have a chance of getting promoted to the PSL.

"You can release a statement‚ you can post a tweet‚ you can write on your website‚ all those are just mediums or platforms that people use to send out messages to the outside world.

“Coaches will say congratulations to the other team when they have lost and that is a statement. If a coach says it‚ it’s official‚ so on behalf of the club he admits that he was defeated by the opposition on the field. People are thinking about this without considering other games‚ they only focus on one game because they expect certain results. We were not able to beat Leopards‚ why was it difficult for Ajax to beat Leopards?

“If you go back‚ Ajax mocked us about Bidvest Wits sale and we are returning the mockery. When we do it we‚ we did it better than them and they blocked us. This is just banter between the clubs and it has been there since last season. People are quick to forget because they want to extract whatever information they want to believe and then make a fuss about it.

"When Ajax started we joined‚ we have no personal issues against Ajax as a club. What they do is to mock us and we mock them back‚ we go into the field of play and we don’t break their legs. We play fairly. We took the letter down because our supporters raised a concern and our supporters are part of the club. It was our own review but we still mean what we said in the letter.”

PSL spokesperson Lux September did not want to comment on the matter and his Safa counterpart Dominic Chimhavi could not be reached on his mobile.