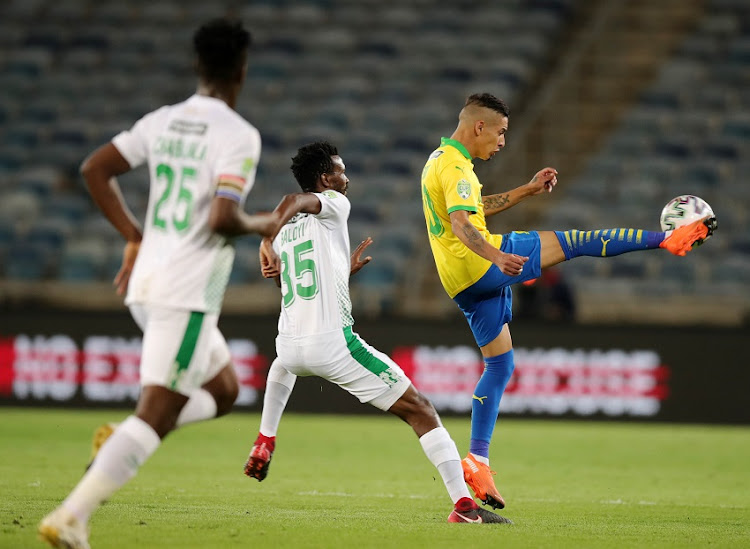 The Brazilians went into this match having already won the Telkom Knockout before the lockdown and the Premiership league title from under the noses of Kaizer Chefs last weekend.

Pitso Mosimane’s men have matched the feat that was achieved by the class of 1990 who won the Castle League‚ JPS and the BP Top 8 with players like Ernest “Wire” Mtawali‚ Bennett Masinga and Mark Anderson.

This is also the tenth trophy, including five league titles, the Caf Champions League and Super Cup, for coach the irrepressible Mosimane in the eight years he has been with the Brazilians.

It was also sweet revenge for Sundowns as they were controversially beaten 1-0 by Celtic in the final of the Telkom Knockout at the Moses Mabhida Stadium the last time they met in a cup final about eight years ago.

On the other hand, it was heartbreak for Celtic coach John Maduka who took over the team after the shock departure of Lehlohonolo Seema to Chippa United before football restarted and this was his first loss in charge.

On the half hour mark, Celtic goalkeeper Sipho Chaine moved out of his line to thwart advancing Themba Zwane who was released by a defence splitting pass from Lebohang Maboe.

On the stroke of halt time, Sundowns goalkeeper Denis Onyango was forced into a flying save to deny a header form unmarked Victor Letsoalo who connected with a pass from Sifiso Ngobeni.

Just before the hour mark, Sundowns attacker Gaston Sirino found himself with space on the edge of the penalty box from where he unleashed a powerful shot but it ricocheted off the upright with Chaine beaten.

Ten minutes from time, Sirino was released by Zwane deep in the midfield from where he took a few steps before unleashing a powerful curling shot on the edge of the penalty boxy to beat Chaine for what turned out to be the winner.

The other good news for Sundowns was the return to action of utility player Thapelo Morena who has been out of action since February after he suffered fracture and ligament damage on his right ankle.