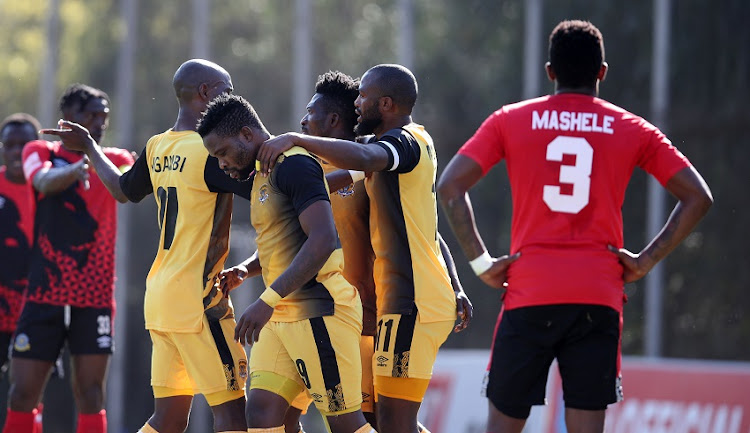 Black Leopards have boosted their chances of staying in the Premier Soccer League (PSL) next season with a 3-1 win over Tshakhuma Tsha Madzivhandila (TTM) at Bidvest Stadium on Saturday.

This crucial win for co-coaches Morgan Shivambu and Mongezi Bobe means that Lidoda Duvha are sitting top of the PSL promotional play-offs standings with six points from their opening two matches.

The win was secured through a brace from their inspirational captain Mwape Musonda and defender Isaac Masia while the consolation for TTM was put away by Thembisani Nevhulamba.

This result also means that TTM’s hopes of promotion to the PSL next season are slim as they have lost their opening two matches to Ajax Cape Town and Leopards.

TTM will be completely eliminated from the race for promotion if they lose to Ajax who are placed second spot with three points from two matches on Tuesday.

Leopards have a time to work on their deficiencies as they only return to action on Friday where they take on Ajax in a what could determine who will be playing in the PSL.

Leopards took the lead after 20 minutes from the header of Musonda on the far post after he connected with a well-taken corner kick of Tiklas Thutlwa.

TTM equalised on the stroke of the break through attacker Nevhulamba when he slotted home from close range after he received a pass from Modibedi Mokoena after they broke the Leopards defence.

Leopards went to half time with a slender 2-1 lead after defender Masia out-jumped TTM defenders in the box to head home from another well-taken corner kick from Thutlwa during optional time.

Leopards ensured all the three points in the dying minutes of the match when Musonda headed past TTM goalkeeper Simon Mamudzidi from a ball that was delivered by substitute Themba Ndlovu.

For the third goal‚ Musonda celebrated with his team-mates but it appeared as if the ball took a deflection from TTM defender Tebogo Thangwane into his own net.